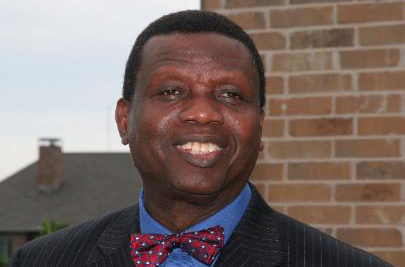 The All Progressives Congress (APC) has commended the General Overseer (GO) of the Redeem Christian Church of God (RCCG), Pastor Enoch Adeboye, for dissociating himself and the church from the offensive and divisive audio CD that is being circulated by certain political Pastors. 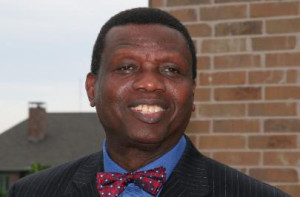 In a statement issued in Lagos on Monday by its National Publicity Secretary, Alhaji Lai Mohammed, the party said by his action, the GO has again exhibited his characteristic exceptional leadership and shown what religion should be about, which is love, rather than hate and incendiary statements.

It particularly expressed satisfaction that the GO specifically asked the RCCG Pastors to ignore the contents of the audio CD, especially all the references to political parties, including the APC.

”The GO’s statement, in his response to the APC which had written to protest the divisive and corrosive statements contained in the audio CD, which has been smuggled into some RCCG parishes, made it clear that the RCCG is neutral and apolitical, and that it prays for all irrespective of political persuasion or creed.

”We in the APC are delighted at the GO’s prompt action and statement that the RCCG did not endorse divisive comments in any form or shape, that it has sons and daughters in all political parties, and that the allegations contained in the audio CD are wickedly false, unsubstantiated, ill-conceived and mischievous.

”Equally satisfying is the GO’s directive asking everyone in possession of the audio CDs to return them, and the directive to the Church’s Pastors to communicate such to their respective congregations immediately,” APC said.

On the obviously-sponsored audio CD, produced by one Pastor Bosun Emmanuel, the party wondered why a man of God will engage in outright lies to propagate hatred, incite Christians against Muslims so brazenly, as if the adherents of both religions are not children of the same God, and then use the platform of the church to campaign for the PDP while seeking to destroy the APC.

”In a country where the citizenry, whether Christians or Muslims, have been shortchanged by greedy, selfish and clueless political leadership, a Pastor went on record as saying President Goodluck Jonathan has performed 100%, while at the same time demonizing and denigrating the APC as an ‘Islamic Party’ without a scintilla of proof. Much as he struggled to couch his inflammatory and discordant message in flowery lies, it is clear that he was sponsored to inseminate lies to shore up the dwindling fortunes of the ruling party

”Had this Pastor any sense of history, he would have realized how the propagation of hatred, as he is currently doing, led to the killing of over 800,000 Tutsi and moderate Hutu in Rwanda in 1994. This Pastor made it seem as if the terrorists called Boko Haram are fighting the cause of Nigerian Muslims, when he knows deep down that this evil group has not spared Muslims either.

APC appealed to Nigerians of all creed and ethnicity to repudiate politicians or politicians in religious garb who may be seeking to divide them on primordial basis, especially as the general elections are fast approaching.