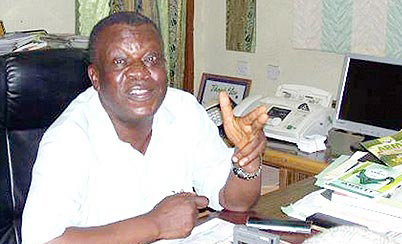 *Says He Is Synonymous With Electoral Fraud

FROM IGNATIUS OKPARA, Enugu – As Nigerians goes to the polls next month, the Enugu state chapter of All Progressive Congress, APC has called on national chairman of INEC, Prof. Atahiru Jega, to as a matter of urgency remove the state Resident Electoral Commissioner (REC), Professor Eze Onukaogu saying it has no confidence in him. 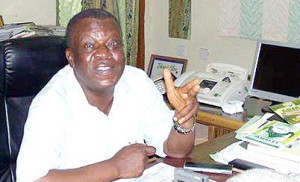 “In an ideal society, the Enugu REC, Professor Onukaogu, ought not to be part of any electoral process, because of his terrible antecedents during the Anambra state governorship election in 2013.

Nwoye, who is also the 2015 Enugu east senatorial candidate of APC said “it is on record that Professor Onukaogu, is synonymous with electoral manipulation as demonstrated in Anambra in 2013, where he conducted the worst election in modern political history.

He insisted that Onukaogu’s removal should be urgent by the national leadership of INEC before the general polls, so as not to allow a repeat of what happened in Anambra under his watch.

The APC chieftain further, stressed that as a democrat and ardent believer in rule of law, allowing the likes of the Enugu REC to remain in the nation’s electoral system would continue to do more harm than good to the growth of democracy in the country.

He urged the electorate to embrace APC at both the state and federal level, saying the opposition party has all it takes to correct all the political blunders of the ruling peoples Democratic party, PDP.

However, the Senatorial hopeful, reiterated the resolve of his party to resist all manner of electoral fraud during the forthcoming general elections in his zone and state in general.

The APC chieftain vowed that it would not be business as usual in the 2015 polls, “our votes must count, because the change our people have been yearning for is here, and we must embrace it through APC.

The (US) trained lawyer and Human Rights activist, explained that he decided to join the legislative race once again after his unsuccessful outing in 2011,because of the present poor representation of his people, by the incumbent senator, Gilbert Nnaji, representing the district.

Nwoye said he will make education, judicial reforms, and security issues his top most priorities, via sponsorship of bills that would strengthened the sectors, if elected.

“If given the mandate, I’m going to use my foreign contacts to attract international donor agencies that will boost the educational sector of Enugu state, especially the Institute of Management and Technology, (IMT) and, Enugu state University of Science and Technology (ESUT), that presently in terrible shape.”