As Anambra People go to the polls 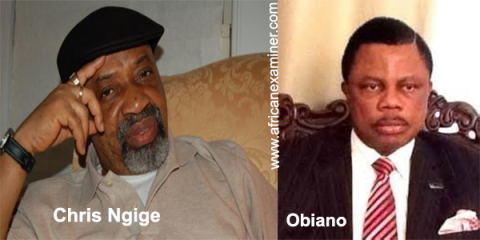 I am intimately connected to Anambra State. My wife Chukwunonso hails from there. However my interest in Anambra state goes slightly beyond the type an ordinary in-law should have. I love the entertainment of their politics. It stands out as an intriguing theatre of absurdities. Mostly unpredictable, always filled with uncertainty, sometimes violent and often bizarre. Maybe it has something to do with an average Anambra man, not woman. Many of them have this loud and ostentatious and sometimes irritating attitude and if you doubt me watch the unmistakable arrival of Prince Arthur Eze (Eze n’Ukpo) at the airport, or the stir when next Chief Chris Uba (Eselu Uga) enters the Transcorp Hilton Hotel in Abuja, or the stampede that heralds Chief (Sir) Emeka Offor’s arrival at any occasion. Take it or leave it, these men have some style and I like them for that. Very interesting and flamboyant notice-me people. 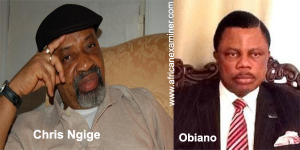 Visit that state and see for yourselves how kinsmen struggle to build many mansions in rural communities, part of which will be inhabited by only rats and rodents. There is something very combative about them and that might have driven many of them to successful industry and entrepreneurship, even in parts of Nigeria where you can hardly find strangers. However I guess the same spirit that have made many of them achieve considerable excellence in trade and commerce, might have also contributed to their somewhat unyielding stance in making their politics a unique epicentre of cacophony and acrimony. Is it not a paradox that Anambra State is also the hometown of quintessential literary minds like late Chinua Achebe, diplomats like former Commonwealth Secretary-General Emeka Anyaoku, and other well-meaning technocrats, than Nigeria have ever produced?

However my concern here is that their politics is a different kettle of fish. Where will you start? Since the return to democracy in 1999, the story of politics in Anambra have been different and often contentious. From the reign of Dr. Chinwoke Mabdinuju and his acclaimed godfather Chief Emeka Offor, to that of Dr. Chris Nigige and his own godfather Chief Chris Uba and then for the few days, or was it months, that Dr. Nnamdi Uba took charge. It has always been one story and another. Murky manipulations by a handful of unrelenting villains, which has given the state, a bad name. If they are not breaking into factions, they are procuring one form of ruling or another. Give it to them, they are very litigious and politically ‘innovative’. They can hardly accept defeat with equanimity. To many observers, the forthcoming elections, the November 16th gubernatorial elections, will not be any different. Already the signs are showing. Twenty three candidates already submitted to INEC with all the two major parties having multiple candidates. Typically Anambra!

It all started playing out when on August 14th, the ruling People’s Democratic Party (PDP) conducted a primary election that was duly monitored by a serving governor. The winner of that election was one Dr. Tony Nwoye. However in another location in Awka, a factional state executive conducted a parallel congress and declared Senator Andy Uba as the winner. As expected, the national secretariat of PDP sent the name of Dr. Tony Nwoye to the Independent National Electoral Commission (INEC), as the party’s candidate. As usual the contestants headed to a court in Port Harcourt which declared Senator Andy Uba the rightful candidate even though the national secretariat did not recognize the convention that produced him. However in a judicial twist that many describe as suspect, one Mr. Nicholas Ukachukwu, second on the list, was again declared by a court in Port Harcourt. Though the national secretariat of the PDP was compelled by the ruling to send his name to INEC, the matter is still pending in court.

The process that led to the emergence of the candidate for the All Progressives Congress was more straightforward but not without stress. Dr. Chris Nwabueze Ngige, now Senator was adopted as consensus candidate of the party (APC). Though the former Governor is an astute mobilizer who is greatly loved by his people, the political equation had changed greatly. Again, though he would have defeated any other aspirant, many still saw his adoption as a sort of coronation. Ngige may still have bright chances to govern Anambra state again, but only if he can overcome a few challenges. I will come back to these later.

The next party I will talk about is the All Progressive Grand Alliance (APGA). As a ruling party in the state, APGA should be the party to beat. However the performance record of the incumbent government may pose a serious challenge to them. Furthermore the conduct of the primaries drew a lot of criticism from stakeholders. The relevant organs of the party deliberately disqualified most of promising contestants allegedly to pave a way for the emergence of the favoured candidate of the incumbent Governor Peter Obi. At the end of the day, a former Executive Director in Fidelity Bank where the Governor is said to have interest, Chief Willie Obiano emerged. His emergence has also been challenged by a factional Chairman of APGA, Chief Maxi Okwu who recently obtained a court injunction reaffirming him as Chairman of the party. Chief Okwu claims to have conducted a parallel primary that produced another candidate, Dr. Chike Obidigbo as the authentic APGA candidate. If the party manages to resolve their issues, and settle finally for Obiano, he may need to clear an allegation of double registration in the voters register that some groups have alleged against him. Otherwise he has a lot going for him, including the fact that there is a huge clamour for power shift to Anambra North Senatorial zone, where he hails from.

The last but most interesting contender of the Anambra gubernatorial seat is the flag bearer for Labour Party (LP), Dr. Patrick Ifeanyi Uba. A controversial fuel marketer and businessman said to be stupendously wealthy, Dr. Uba has received more frequent mention in the media. He is said to have put up the most comprehensive manifesto which includes rapid industrialization, outreach to Anambra indigenes in the diaspora and even renovation of police cells. However his unclear business past and doubtful educational background (though he answers Dr.) may be part of the things that will make him the least contender of the top four.

Even if the court finally hands the PDP ticket to Hon. Prince Ukachukwu, he will need some time (which he does not have) to heal his party and run a good campaign. Therefore, observers submit that the two top contenders for the gubernatorial seat will be Obiano and Ngige. With the baggage of the deportation of Ndigbo from Lagos by the APC government of Fashola still hanging on his neck, Dr. Ngige needs to do some more work to convince his people that his government will not take orders from Lagos. Furthermore, the fact that he made his formal declaration on a day when the Obi of Onitsha, Igwe Achebe was doing his Ofala festival will definitely count against him. Nevertheless as a political warrior and someone who has served Anambra people before, no one can write him off completely.

Informed pundits insist that the game changer in the November 16th election will be what becomes of the number and direction of protest votes. There are aggrieved persons in PDP, APGA and APC. If they are able to channel their grievances in one direction, then that will be it. Between Obiano and Ngige whoever benefits more from the protest votes will carry the day. Just as many Anambra elections in the past, regardless of the pointers, no one can say with certainty that there will be no absurdity that will roll back expectations. And with all the intrigues that have trailed it so far, no one can rule out another electoral drama typical of Anambra State.

Uche Igwe wrote from the Department of Politics University of Sussex. You can reach him on ucheigwe@gmail.com