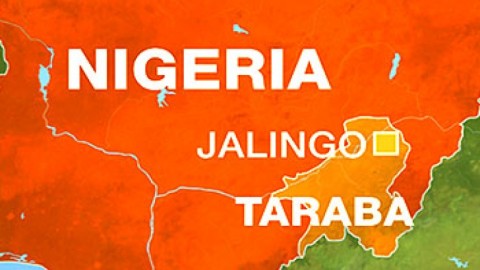 Worried by the wanton destruction and high killings toll in Wukari and Ibi local government areas of the state, Taraba State Government Monday slammed a 24-hour curfew on the two warring communities.

Consequently, police have been deployed to the affected communities to prevent further breakdown of law and order as well as to apprehend the perpetrators of the devastating attacks.

Vanguard reported that the State Police Commissioner, Mrs. Kalafite Adeyemi, who announced the measures during a visit to the areas yesterday, warned that adequate punitive measures would be taken by security agents to deal with the masterminds of the crisis.

Adeyemi, said it was disturbing that the two neighbouring communities had chosen to be attacking each other despite all attempts by the police to mediate. Death toll in the last (Sunday) clash rose to 22 from the initial 11.

It will be recalled that the bloody fracas started over an argument between two persons near a church in Wukari.

The argument later degenerated into a fight that resulted to the burning of a shop near the church which has a battery charging point for cell phone users.

An eyewitness Mallam Bako Useni, said the quarrel was between a Christian and a Muslim and also led to the shooting of some soldiers, who were deployed to quell the fighting.

There had been serious crises in Wukari recently, which led to the signing of peace agreement among Fulani, Tiv, Jukun and Muslims in the area on one hand, and the Taraba State Government on the other.