ASUU: Getting the Right Stand 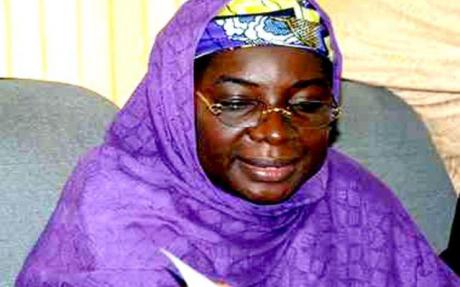 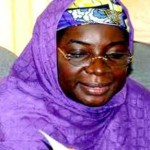 The ASUU strike that has confined university students to their homes has been a major topic of discussion on the lips of Nigerians. These issues between ASUU and theFederal Government usually leave severe after effects in their wake. As the general saying goes “When two elephant fights, the grass suffer”, In this case, the grass suffering happens to be the Nigerian students.

If you meet different people and ask for their views about the ongoing strike, starting from the time agreement was reached during the administration of the President Olusegun Obasenjo, their opinion will differ based on their sentimental leaning.

It is a natural tendency for humans to ascribe blame to someone else, but we often discover that this has never resolved any issue. In the case of ASUU and the Federal Government, both of them would definitely feel justified about their stance. That is why we have to put matters in perspective so that we don’t continue blaming one party. ASUU has always enjoyed the sympathy of the public whenever it goes on strike and we have always blamed the government. But can we try to balance things and see things from the government perspective?

Firstly, we must acknowledge that the present ASUU problem was inherited from past administrations, and since it was inherited, it should be solved based on the original agreement reached by ASUU and the past government. Maybe if it was this present government that engaged ASUU, they wouldn’t have agreed on conditions that seem ‘beyond real expectations’ as was done by the previous government.

In fact, there was no need for the strike because the present government under the leadership of Goodluck Jonathan was already meeting with the representatives of ASUU to dialogue with and meet their demands. One can therefore say that the strike came as a shock to all, and betrayed the impatience of ASUU. Is ASUU sincere? Are they really struggling to see that the standard of learning in our universities improve? Maybe they have genuine reasons, but they haven’t been able to communicate that to the public.

Instead of resorting to dialogue, ASUU has opted for strike as a means of holding the government to ransom, whilst also winning the sympathy of the public, making the government look bad and the butt of public criticism. The government took steps to relate with the universities directly to know what problem each school is facing, and how they can be solved. To this effect, a committee, led by Governor Gabriel Suswam of Benue state, was set up to relate with the universities individually to ascertain what they need.

ASUU is merely taking advantage of the democratic setting, knowing that even when their members are on strike and not doing anything, their salaries will still be paid. The corruption in the system is what the present government has seen and has chosen to tread carefully, so as not to release funds and still be the one to bear the loss as well as the criticism of the public when it comes.

From experience, during my industrial training, the decay that has eaten up our educational system was evidenced in the management of the money released by government through the Industrial Training Fund to students who have undergone industrial training. When government releases the fund, the vice chancellors of the universities will divert it, such that it doesn’t get to the students who have undergone industrial training for six months and are supposed to be paid. Some pay parts while some don’t even pay at all. The question now is who the blame will go to; we will all still blame the government. The student who is ignorant about what is going on will put the blame on the government as well, same as the public. In the light of this, can we say ASUU is fighting about the poor state of infrastructures in our Universities? The answer is ‘No’.

However, the present government, having the understanding that the students are the ones suffering has released N100 billion to meet the needs of the assessment that the committee led by Governor Gabriel Suswam came out with. So, what is ASUU waiting for?