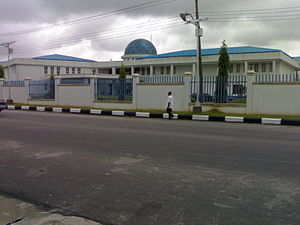 AFRICAN EXAMINER reports that the 275 section bill was passed after it had scaled the First and second reading and went through public hearing.

Following a report of the House Joint Committees on Gender Affairs, Ethics and Privileges, Judiciary, among others, presented to the Lawmakers by the Chairman, House Committee on Gender Affairs, Hon. Dame Nkechi Omeje- Ogbu, the Legislative House was dissolved into Committee of the Whole House to look into it critically before its passage.

The Speaker, Hon. Edward Ubosi thanked his colleagues for their contributions in making what he described as a contentious bill into law.

He also appreciated the media, UNICEF, Faith-based organizations and others for their contributions in making the law a reality.

Given the heated debate that trailed the Bill on the floor of the House to the extent that it was stepped down at a stage for consultations, many had thought it would not see the light of the day.