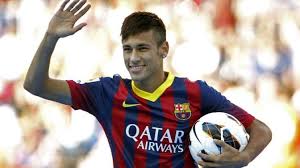 His Brazilian lawyers paid the sum in person at Barca’s offices.

Following this, the 25-year-old striker is now set to sign for Paris St-Germain PSG for a world record fee.

He had earlier confirmed he wanted to leave Barca on Wednesday.

Earlier on Thursday, La Liga rejected an attempt to pay them the fee, over concerns that PSG are violating Uefa’s Financial Fair Play (FFP) rules.

The club in a statement said they “will pass on to Uefa the details of the above operation so that they can determine the disciplinary responsibilities that may arise from this case”.