Beko: Ten years Was Like yesterday, By Owei Lakemfa 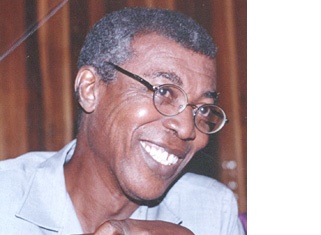 Beko Ransome-Kuti was the unarmed general of the people who led them in countless campaigns against the perpetuation of military rule and for the enthronement of democracy. In the course of  those struggles, he was dragged from his office or the streets and detained, several times. Imprisoned in the Kirikiri Maximum Prison, charged to court countless times,  and when he remained unbowed, the Abacha regime decided on a final solution; his elimination. So he was charged with coup plotting; he did not get the death penalty but was awarded life imprisonment. He survived the harshness of the Kaduna Prison. Although he looked frail, Beko had a heart  of steel;  endless attacks by military regimes could not conquer him; what did, was cancer on February 10, 2006. In two days, there will be various programmes to mark the tenth commemoration of this  medical doctor, human rights crusader, unmatchable champion of mass street protests, consummate mobilizer and patriot who will never die in our hearts.

Beko, or BRK as many called him, or Doki Oloye, as I called him, was a well-known figure when I was young given his pedigree and activism. His grandfather,  Reverend  Canon J.J. Ransome-Kuti was so good singing, that he was known as the Singing Minister. His father, Reverend Israel Oludotun Ransome-Kuti   on July 8, 1931 co-founded the Nigeria Union of Teachers (NUT) Africa’s largest professional group and trade union. He was NUT founding president  and remained in that position until he retired 23 years later. He was principal of Abeokuta Grammar School for 22 years.

His mother, Mrs. Francis Abigail Olufunmilayo Ransome-Kuti, nee Thomas, was one of Nigeria’s leading nationalists who fought for the country’s independence.  A woman activist, she led women in 1949 against the powerful Alake of Egbaland, Oba Ademola II who she accused of being tyrannical and kowtowing to British colonialists. The King was forced to abdicate.

Beko was one of three famous brothers. The eldest, Professor Olikoye Ransome-Kuti was Health Minister who  left an indelible mark by helping to  build the Primary Health Care  System. His elder brother, Fela Anikulapo-Kuti was the famous anti-imperialist musician who created the Afro Beat music.

I first met Beko in 1983 when on behalf of the Nigeria Medical Association (NMA) he addressed a press conference in Lagos.  We had a brief argument at that conference, and hit it off as friends and mentor. Two years later, he was involved in the doctors strike for a better funded health system, he solicited my assistance to present the doctors case in the media. Along with some doctors, he  was arrested and detained without trial at the Kirikiri Maximum Prison.

My main collaboration with him started in 1988 when with some activists like Lanre Arogundade, we sought his assistance to set free a fellow activist, Femi Aborishade who had once again been detained without trial. Beko  not only joined, but also gave the Free Femi Aborishade Campaign Committee, office space. The name was later changed to the Committee for the Defence of Human Rights (CDHR) with Beko as president.

In 1990, he was Secretary of the National Consultative  Forum (NCF)  which organized the National Conference  designed to force the General Babangida regime out of office. The Forum had leaders like Tanko Yakassi, R.B.K Okafor, Kola Balogun, Frederick Fasehun and Senator Mahmud Waziri with the unforgettable lawyers leader, Alao Aka-Bashorun as chair. Uche Chukwumerije was Publicity Secretary, I was the Assistant, while Femi Ojudu, later a Senator, was Beko’s Assistant.

The regime through its Attorney General, Bola  Adesumbo Ajibola  repeatedly announced that if we went ahead with the Conference, we would  be jailed a minimum five years each. We went ahead, with Conference chair, Professor Adeoye Lambo leading us, but the regime preferred to abort the Conference than seek a confrontation.

The NCF was enlarged in 1992 to bring in more groups especially from the Civil Society, and renamed the Campaign for Democracy (CD) which became the Babaginda regime’s  nemesis following its  June 23, 1993 annulment of the Presidential  Elections.  Beko was the CD chair person who led the pro-democracy protests from the front; ever pushing forward, refusing to back down even on occasions we were faced with armored cars and gun totting soldiers and policemen.  On July 6, 1993 the second day of the pro-democracy protests, a long convoy of military trucks led by then Chief of Army Staff, General Sani Abacha  rolled through the streets of Lagos shooting human beings at sight. I had the task of leading teams to pick corpses and the injured. We counted 118 persons murdered in that rampage, most of them shot in the back, which indicated they were running from their murderers. But rather than be cowed, Beko asked us to reoccupy the streets the next day to show that a people united, can never be defeated. He was  picked up  with other activists like Gani Fawehinmi and Femi Falana and detained without trial.

When the Ernest Shonekan Interim Government contraption was erected following the  August 27, 1993 forced exit of Babangida, Beko led more mass protests until it was cleared away by the Abacha coup.  It was this coup that led to endless disagreements between the Beko-led pro-democracy groups and Chief Moshood Kashimawo Abiola, the winner of the annulled Presidential Elections. Abiola naively thought he could do business with Abacha and that in fact, the coup was staged to de-annul the elections and restore his mandate.

On one occasion when Beko led us to confront Abiola on his public romance with Abacha, the latter told us that Abacha was a dwarf, and to greet a dwarf, you have to bend down to his level. Beko responded that you can put a dwarf on a pedestal and greet him, rather than bend to his level. He was a  moving spirit in the National Democratic Coalition, and in the post-military era, was Co-chair of the  Labour and Civil Society Coalition  (LASCO) which was quite active in organizing the anti-fuel price increase protests.

Beko did his duty to country and humanity. It is an historical privilege to have known and worked closely with him.