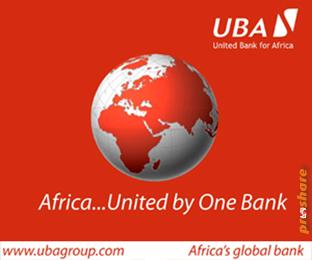 The United Bank for Africa Plc (UBA) has notified the Nigeria Stock Exchange of the resignations of two Non-Executive Directors of the bank, who are, Emmanuel Nnorom, and Abdulkadir Bello.

This is contained in a notice to the Exchange that in a letter dated March 25, 2014, signed by Bili Odum, group company secretary to the bank said the resignation is in compliance to the central bank of Nigeria’s (CBN’s) directive to deposit money banks in the country that all executive directors (EDs) aspiring to take up non-executive directorship positions in their banks or their subsidiaries are required to serve out a minimum cooling-off period of three (3) years.

UBA had on January 10, 2014 and September 2, 2013 notifed the Nigerian stock exchange (NSE) of the appointment of Nnorom and Bello as non-executive directors of the bank.

The Central Bank of Nigeria (CBN) through a circular dated March 13, 2014 titled ‘Transmutation of Executive Directors to Non-Executive Directors of Deposit Money banks’ directed to all banks to note and comply with the directive that all executive directors aspiring to take up non-executive directorship positions in their banks or their subsidiaries, which are under the supervision of the central bank of Nigeria or the Nigerian deposit insurance corporation, are required to serve out a minimum ‘cooling-off’ period of 3years.

Meanwhile, former Executive Directors, Mr. Emmanuel Nnorom, and Mr. Abdulkadir Bello, who were recently appointed as non-Executive Directors will not be eligible to take up the role within the UBA Group until 3 years have expired after their exit from the Bank. They have therefore resigned from the Board with immediate effect.