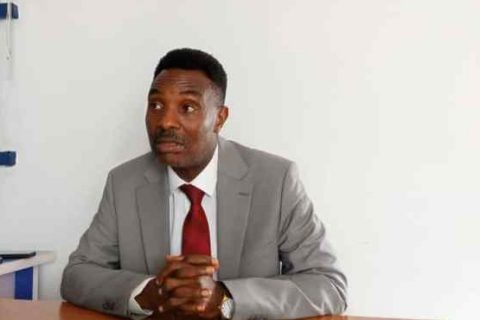 (AFRICAN EXAMINER) – The Institute of Safety Professionals of Nigeria, (ISPON), has inducted the Enugu state Caretaker Committee Chairman of the ruling All progressive Congress APC, Dr. Ben Nwoye, as a fellow of the body which is charged with the regulation of safety management in Nigeria.

Nwoye, is also the Executive Director of Opeans Nigeria limited, a foremost Safety consultancy firm in Nigeria which delivers safety training to those in the oil and gas sector, as well as Maritime, Seafarers, Military, and para Military personnel.

Speaking Sunday during the investiture ceremony held at Amuri-Ancient Kingdom, of Enugu state, South- East Nigeria, and country home of Dr. Nwoye, national president of the institute, Dr. Nnamdi Ilodiuba, said the recognition was borne out of the recipient’s outstanding contributions in Nigeria’s safety management arena.

He disclosed that the institute which came into being via an Act of parliament became chartered in 2014, and is charged with the responsibility of regulating the business of safety management in Nigeria, in collaboration with relevant government agencies.

The president stated that the institute which has its  headquarters in Lagos, South, West Nigeria, has become a brand beyond the nation’s shores, adding that promotion of professionalism among practitioners in the safety management corridors has remained the watch word of the institute since inception.

According to Ilodiuba, the institute which has Nigeria’s incumbent president, Muhammadu Buhari, and the immediate past president, Dr. Goodluck Jonathan as its patrons, equally have several top serving and ex- government functionaries as fellows.

He gave  names of some of the fellows to include, governor Willie Obiano of Anambra state, Minister of Labour and Employment, Dr. Chris Ngige, former Senate president, Dr. Bukola Saraki, national leader of the APC, Asiwaju Bola Tinubu, former Secretary to the government of the federation, (SGF), Chief Anyim Pius Anyim, while the traditional ruler of Amuri Kingdom, Igwe Charles Nwoye, is a life member, among others

The president commended the Dr. Nwoye led  indigenous firm for upholding professionalism since inception, urging it to continue to maintain the high standards it is known for in all her operations, in line with global best practices.

In an interview with newsmen shortly after the colourful  event,  the elated Nwoye, expressed delight over the gesture, saying the honour is the height of his safety professional practice.

“It means everything to me because this is the height of my safety professional practice. When I came back from overseas to join my family business about 11years ago little did I know that I would come this far.

“To receive such an award of fellowship of such organization is a lifetime honour of achievement.

“You’ve heard the kind of people I am joining as a colleague. I am now in the league of Dr. Chris Ngige, Senator Bola Tinubu, Senator Bukola Saraki, governor Obiano and many others distinguish Nigerians.

“So, it touches me greatly that they find it fit to bestow me with such honour. A few days ago I received a letter of appointment as a federal commissioner for Federal Competition and Consumer Protection Commission and now this award.

“This one fellowship is for a lifetime, it goes with me anywhere I go, it shows that I have contributed to the profession”, he stated