Biden Takes Over As 46th President of United States 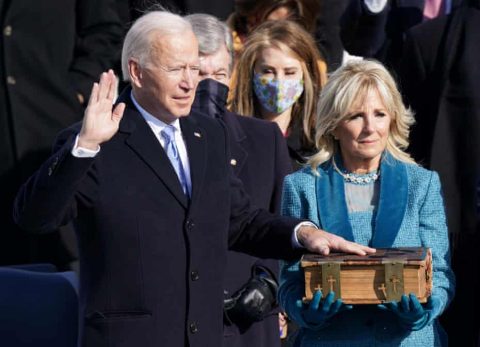 (AFRICAN EXAMINER) – Joe Biden has taken over as the 46th President of the United States of America after he took oath of office.

There ceremony took place on the West Front of the U.S. Capitol, on the same stage that was stormed by pro-Trump insurrectionists just two weeks ago.

Also, Kamala Harris was sworn in as the first female vice president of the United States of America.

In his inaugural address, President Biden promised to unite the country adding that he is ready to work for both  those who voted for him and  as well as those who did not vote for him.