Body of Medical Doctor who Jumped Into Lagos Lagoon Recovered 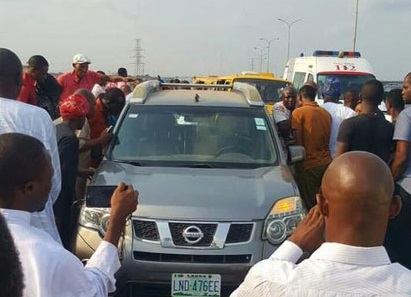 LAGOS, NIGERIA (AFRICAN EXAMINER) – Almost 48 hours after the sad incident, the body of Dr. Allwell Orji who jumped into the Lagos Lagoon has been recovered.

The Lagos Marine Policemen, who has been searching for Dr Orji’s remains, disclosed Tuesday that they recovered a dead body suspected to be that of the Sunday’s victim.

It was also learnt that the suspected body was found around 11.30am.

In the meantime, Police disclosed that the mother of the deceased has been contacted for proper identification.

Disaster struck Sunday evening around 5pm when the late Medical Doctor who was driving inward third Mainland Bridge ordered his driver to stop and thereafter  jumped into the Lagoon.

The serach for Orji’s corpse has since started since Sunday.