Boko Haram Insurgences: How Many More To Die?

Reactions have continued to trailed the roaring level of insecurity in Nigeria following the Monday, April 14, 2014, bomb blast that hit the most populous Nyanya motor park in Abuja, security analysts have hulled the blame on Federal Government for its clueless attitude to the country’s security matters. 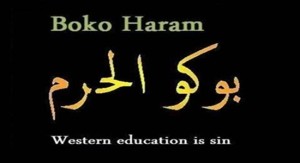 Reports have it that in year 2014, 1,500 people have been killed. Now, the question is how many more people will still die before the insurgence of the Islamic extremists is stopped?

It is worth noting that it was barely 24 hours after the promise of the Consul General of Ghana High Commission to Nigeria in Lagos, Alhaji Abdulai Abukari, on the readiness of the neigbouring West Africa country to help Nigeria government fight terrorism.

Abukari said that Ghana’s support had become imperative toward a successful war against terror, adding that Nigeria also needed the support and cooperation of governments of member-states in the sub-region in fighting terrorists.

Now, it is obvious that Nigeria government is clueless on how to tackle the better-equipped-faceless killers, Boko Haram even as members of state kept on dulling promises which is yet to see the light of the day.

Meanwhile, the former US Army Intelligence Officer and security consultant, Mr. Chris Moghalu, believed Federal Government should take the blame for the bombing instead of trying to defend itself whenever there is bombing in the country.

He referred to statements credited to the Federal Government claiming that terrorism was not peculiar to Nigeria; he debunked the view, claiming that in other countries there are usually efforts to keep the rate of occurrence to the minimum.

The Ex US Army Intelligence Officer cited the United States of America as an example; he noted that it took 12 years after the 9-11 tragedy before another terrorist attack was successfully hatched in the country.

He insisted that there were too many security agencies doing the same thing and there was need to merge them.

He also recommended the establishment of the Department of Homeland Securities; the need to close down the borders and provide tighter monitoring; the engagement of intelligence analysts, review of the training of security personnel and vetting the people in the security agencies.

He insisted that if the Federal Government had indeed been doing something, there were no practical milestones to validate such. He added that the reshuffling in the military had not produced any results.

While admitting that he might have been harsh on the Federal Government with his assertion that they were not doing anything, he insisted that the people were not feeling the impact of anything being done, if indeed they were being done.

“Whatever it is they are doing, it is not working,” the intelligence expert said.

He also insisted that real impact would be the ability of Nigeria’s security agencies to foil these attacks before they are executed, as he laid emphasis on proper security awareness for Nigerians.

The expectation of Nigerians that the CCTV installed in the FCT should have been useful in curtailing the incident was also discussed, with Moghalu expressing disappointment in what he termed the politicising of the CCTV idea.

He complained that “people just want to make money” which he said Nigerians were not stopping them from doing, if only they would perform their duties and keep the citizens safe.

“They have to spend the right money to do the right thing and give the contracts to people who know what they are doing.

“Even the traffic lights in Abuja are not really working, it is horrible.”

In the same vein, a Security Consultant, Captain Umar Aliyu (Rtd), faulted the result Nigeria had been getting in its security system, maintaining that the fight against terror wasn’t matching the investment it had put into it. The reason according to him, was that people have been in positions in the past 20 to 30 years not based on meritocracy but because they knew someone.

He said that he had listened to Nigerian Security Chiefs speak and he could tell that they were deficient. “Nobody is a repository of knowledge, as you don’t have to know everything, but you can build a strong team” else “the price to pay is what we saw in Nyanya, in Kano, in Yobe and in other states in the last 3 days.

“In the last 3 days we’ve seen about 400 people lose their lives because somebody somewhere is not on his game. Somebody is meddling with our lives. We have to get serious about who does what and how he does it.”

“Some weapons being used by Nigeria’s security agencies were last used during the World War”, he said.

Without mincing word, Nigerian have lost total trust in the Nigeria security system and to earn it back,  the security agencies need to go out and relate with the people and earn back their trust.

Now, it is time for President Goodluck Jonathan to be proactive and take decision as at when due instead of telling Nigerians home and in Diaspora that his administration is ‘on top of the situation’ yet there is no lesson learnt from the bombings to prevent future occurrence.

There is need for the Government to commit more into the economic survival of small businesses in the country, as it was also related to the country’s fight against terrorism.

Instead of playing politics with everything that is important to Nigerians; government must speed up the passage of Petroleum Industry Bill, the partial implementation of the Money Laundering law and more.