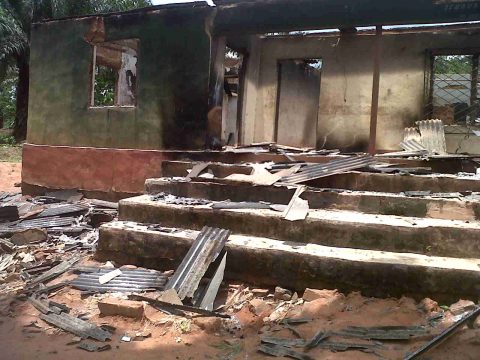 An eye witness, who simply identified himself as Baba, NAN reported, said the blast occurred near a checkpoint at the entrance of the town.

“We heard three blasts near the checkpoint where people gathered to be screened before entering the town as you know today is market day.

“The suicide bombers blew themselves up alongside the two vigilante members that approached them,” he said.

The Chairman of the Council area, Alhaji Yusuf Mohammed, has confirmed the incident but added he could not give details as he was not in the town.

“I was outside the town for an official engagement but I was called and informed about the incident. That is all I can tell you for now,” the Council clarified.

The Friday made it second times that Madagali town was under siege, recently. It would be recalled that several people perished in the town while many others injured around late last year due to another terrorist attack.