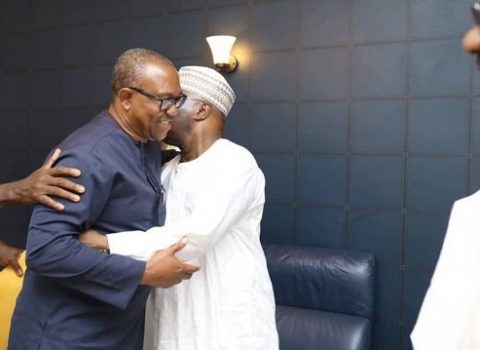 (AFRICAN EXAMINER) – Former governor of Anambra state, Peter Obi has been selected as the running mate to the presidential candidate of the People’s Democratic Party (PDP), Alhaji Atiku Abubakar in the 2019 general election.

African Examiner gathered that Mr Obi emerged as the preferred choice of both the party and the candidate after series of consultations with stakeholders within and outside the party.

The Director General, Atiku Presidential Campaign Organization (APCO), Otunba Gbenga Daniel on Friday in Abuja said in a statement that Obi’s choice was largely influenced by his youthfulness, vast knowledge of global and local economics as well as being a financial expert, “all experience which Nigeria is in great need of at this point in time.

“This ticket will be able to steer our nation back on the path of progress, economic prosperity and unity,” Daniel added,

Obi, born July 19, 1961, attended the Christ the King College, Onitsha and later proceeded to the University of Nigeria, Nsukka where he graduated with a Bachelor of Arts in Philosophy.