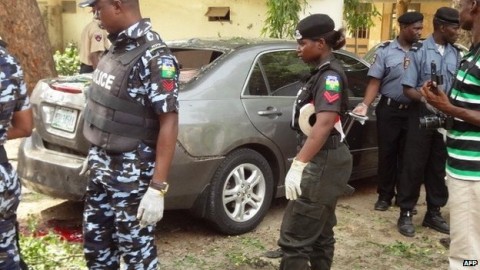 An explosion has erupted at a public health college (Kano School of Hygiene), in the Kano city, North Western Nigeria, the Police source has revealed.

As at the time of filling this report, African Examiner gathered that at least seven people have been reported killed in the blast which occurred around 2pm Monday. 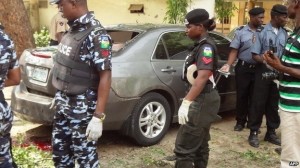 Scene of the explosion at Kano School of Health Technology

The explosion is being suspected to be the handiwork of the insurgents group, which had in the last five years has wrecked devastating human and material loss especially on the North –Eastern parts of the country. The most affected states are Yobe, Adamawa and Borno states, where over 200 girls have been abducted in Chibok girls secondary school over two months ago and still being held hostage in Shambisha forest. .

However, a teacher at the college, who spoke to the AFP news agency, said the blast seemed to have originate from a car park next to the post-secondary training school.

The State Police Command Spokesperson Magaji Magia, has further confirmed the development and the causalities recorded.