Drama as Police Seal Off, Take Over Venue of PDP Port Harcourt Convention 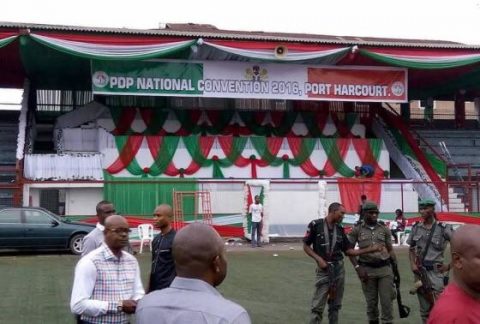 RIVERS, NIGERIA (AFRICAN EXAMINER) – The venue of controversial PDP National Convention today in Port Harcourt, the Rivers State capital has been sealed off and taken over by the operatives of Nigerian Police and DSS.

In addition, Policemen have also sealed part of the Rivers State Government House,
including the Old Presidential and the Deputy Governor’s Lodges in the Port Harcourt city.