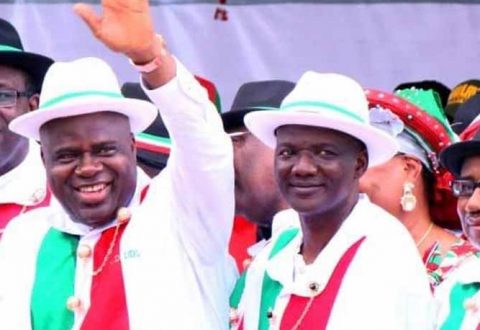 The Supreme Court on Wednesday has rejected the applications for a review of its February 13, 2020, judgment which overturned the All Progressives Congress’ victory in the last governorship election in Bayelsa State.

A seven-man panel of the apex court led by Justice Sylvester Ngwuta said the applications filed by the APC and its governorship candidate at the poll, David Lyon, constituted a gross abuse of court process.

The apex court also declared that the APC applications amount to an invitation for the apex court to sit in appeal on its earlier judgment in violation of the Constitution.

Recall that in its ruling on February 13, the Supreme Court panel led by Justice Mary Odili, had ruled that Bayelsa deputy governor-elect, Biobarakuma Degi-Eremienyo, presented fake information to INEC and consequently nullified his election and that of the governor-elect, David Lyon since it was a joint ticket.

Unhappy with the ruling, the APC filed a motion praying the Apex court to review the judgement.