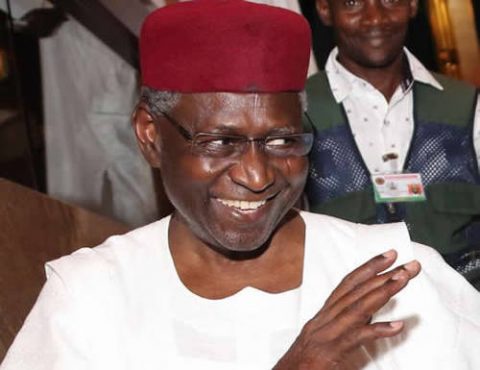 According to Saharareporters, the development followed alleged bribe which MTN team led by the sacked staff offered President Muhammadu Buhari’s Chief of Staff (COS), Mr. Abba kyari to negotiate the $5.2 billion fine imposed on the telecom company by the Federal Government (FG).

The online news website reported that MTN took the drastic decision in order to avoid scrutiny by the United States government over the alleged bribes.

It was gathered that the sacked staff after a successful negotiation, which eventually slashed the bogus fine to $1.7 billion was elevated, to double as the MTN Director of Strategic Communications.

Among prominent personalities who involved in the fine negotiation and alleged bribe offering was Mr. Femi Lijadu, a former colleague of Mr. Kyari at the United Bank of Africa (UBA).

FG slammed MTN with the heavy fine in 2015, as a punishment for flouting its directive to all GSM operators to register their subscribers, as one of the measures to check the ravaging of the then daring Boko Haram insurgents in the North eastern part of the country.

The decision to relieve the sacked staff was taken by MTN so as to avoid the consequences of a global disgrace in case the US authorities ask questions relating to the alleged bribe which amount involved is not yet disclosed.