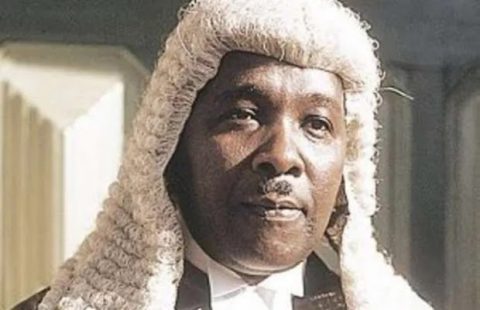 ABUJA, NIGERIA (AFRICAN EXAMINER) – A Federal High Court sitting in Abuja has granted bail to Justice Adeniyi Ademola, a judge in Abuja Federal court and his wife, who is the Lagos State Head of Service (HOS), Olabowale.

Justice Ademola and his wife are standing trial over alleged offences, including collection of bribes and gratifications at different times, to sway judgment to favour a particular party.

While ruling on bail application by the respondents Tuesday after the arraignment by the Federal Government, Justice Jude Okeke held that the bail was granted in ”self- recognizance”. The bail was in the sum of N50m to each of the accused, but without sureties.

However, Justice Okeke ruled that both Justice Ademola and his wife should deposit their international passport and other travel documents with the court’s Registrar while the trial lasts.

It would be recalled that Justice Ademola was among the seven judges arrested across the country by the Department of State Services (DSS) in August this year over alleged professional misconduct.

Meanwhile, the court has adjourned next hearing till January 18, 2017.