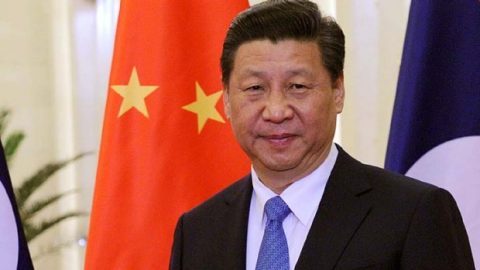 (AFRICAN EXAMINER) – The U.S., Germany, and France have questioned Beijing’s response to the coronavirus as Chinese authorities announced a large jump in the official number of fatalities in Wuhan, the original epicentre of the outbreak.

Earlier on Friday China revised the number of virus-related fatalities in the central city up by 1,290, to 3,869 – an increase of around 50 per cent.

German Foreign Minister Heiko Maas said he was “naturally concerned” about the dramatic rise in the official number of deaths in Wuhan.

“There are questions that at some point must be answered,” he said in an interview with the Bild newspaper as he called for transparency from Beijing.

French President Emmanuel Macron had earlier told the Financial Times that it would be “naive” to assume that China’s handling of the virus has been better than Western democracies, as some analysts cited Beijing’s heavy-handed lockdowns as successful to curbing the spread.

“We don’t know. There are clearly things that have happened that we don’t know about,” Macron added.

The debate over the real number of deaths came as the worldwide toll from the novel coronavirus passed 150,000, according to data compiled by Johns Hopkins University.

The Hubei province government, home to Wuhan, said that the number of deaths had been revised up due to late reports from medical institutions and to the fact that some coronavirus patients died at home while hospitals were overloaded in the early stages of the epidemic.

“The registration of some death cases was incomplete, and there were repetition and mistakes in the reporting,” said the statement.

Over the past few weeks, there has been intense speculation that the number of casualties in Wuhan had far exceeded official reports, based on the number of urns released to family members in late March. (dpa/NAN)