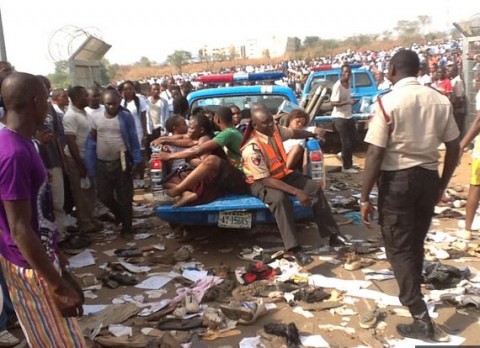 Angered by last Saturday’s tragedy during the Nigeria Immigration Service NIS recruitment exercise, which claimed over 20 lives, the Youth Wing of the Christian Association of Nigeria(CAN) Enugu state chapter, has warned that unless government addresses the alarming unemployment situation, youths in the country may soon be forced to embark on a violent revolution. 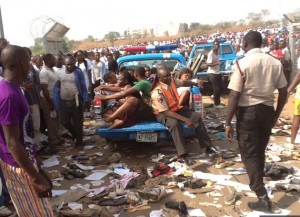 Reacting to the NIS ugly incident, its Chairman, Engineer Isienyi Boniface, who handed down the warning, called on government at all levels to rise up to their responsibilities before it is too late.

He however, condoled with families of those that lost their lives during the exercise, describing the incident as quite unfortunate.

According to him, ” it was unfortunate that a government parastatal like NIS mandated unemployed youths in the country to pay before they would be allowed  to participate in it’s recruitment exercise.

Isienyi also described the tragedy as a very big embarrassment to the society, noting that the youths are not happy with what is happening in Nigeria.

The youth leader therefore called on President Goodluck Jonathan to beam his searchlight on NIS in-order to find out how the billions of naira that were collected from jobless Nigeria were spent as well as to know the account the money was paid into.

He said the NIS recruitment exercise that took place at the Nnamdi Azikiwe Stadium, Enugu was nothing to write home about, saying apart from the fact that there was a stampede at the gate, a pregnant woman had miscarriage and was swiftly rushed to hospital.

His words: “I’m disappointed with the way the exercise was conducted, and am calling on Mr. President to have agenda for the youths. If 1million youths who don’t have jobs decide to mess this country up, before they will kill 1 million, we must have killed 50 million. There is  no future for us in this country. I call on the state governors and local government chairmen to create jobs for the people”

“I commend people like Mike Adenuga, Uche Oga, Innoson Industries, among others for employing our youths” he stated.

He also urged Jonathan to also find out if the position advertised by NIS are actually vacant as well as to mandate every government parastatals to publish their vacant positions in order to prevent parastatals from recruiting people from the back door.

The CAN youth leader, however, expressed optimism that President Goodluck Jonathan, whom he described as a listening president would take action and assured leaders of the country that children of God would continue to pray or them.

He expressed satisfaction with the Anglican Bishop of Enugu, Rt Rev. Emmanuel Chukwuma and other church leaders for their useful contributions to the youths in the country and assured youth in the state that the youth wing of CAN in the state would continue to protect their interest.