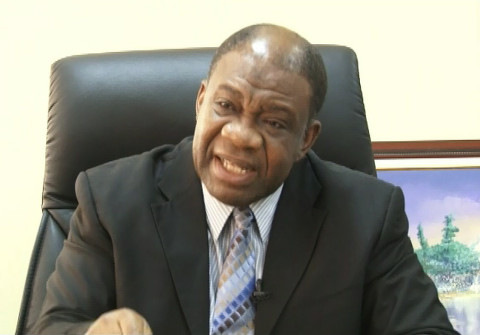 In the petition dated 6 September, 2013, the coalition requested the Special Rapporteur to send “an urgent appeal to the government of President Goodluck Jonathan to delay the increased fixed rate electricity tariffs until the government is able to put in place mechanisms to ensure regular and uninterrupted electricity supply, and to carry out the impact assessment of the increase on people living in extreme poverty.”

According to a press release signed by Mr Adetokunbo Mumuni, Executive Director, Socio-Economic Rights and Accountability Project (SERAP) on behalf of the coalition, “By introducing fixed rate electricity tariffs, the government is complicit in violating the human rights of people living in poverty and undermining their personal development and prosperity. We believe that it is premature for the government to increase electricity tariff prior to taking effective measures to guarantee and ensure regular and uninterrupted electricity supply across the country.”

The coalition said that “the introduction of a new electricity tariff by the government of President Goodluck Jonathan, not only risks violation of human rights under the International Covenant on Economic Social and Cultural Rights but also exacerbates and perpetuates poverty for millions of Nigerians already vulnerable and marginalized and lack access to basic necessities.

“We believe that the increased fixed rate electricity tariffs by over a hundred percent without corresponding increase in electricity supply target some of the most marginalised and impoverished members of Nigerian society, many of whom are struggling with basic living costs and without access to regular electricity.”

The body said the increased fixed rate electricity supply also disproportionately impact those living in extreme poverty, which according to the African Development Bank had increased over the years, saying the coalition believed that to allow the increased fixed rate electricity tariffs to stand, would have detrimental impacts on the human rights of millions of Nigerians, many of whom were currently living in extreme poverty.

The coalition expressed serious concerns that increasing electricity tariffs by over 100% at a time power supply had not improved and indeed remained irregular would exacerbate the poverty level in the country and further perpetuate discrimination, inequalities and vulnerabilities thus contributing to violations of the human rights of the citizens.

“Also, while the government has increased electricity tariff, it has failed and/or neglected to investigate the spending and mismanagement of about $3.5 billion annually on power in the last 10 years. The missing $16 billion meant for power projects has not been recovered and perpetrators have not been brought to justice. Yet, electricity infrastructure is epileptic, and lack of maintenance culture precipitated by greed and official corruption at the highest level of government have contributed to the poor electricity services in the country,” the coalition also argued.

It argued that the increased tariffs violated the internationally recognized principles of non-discrimination, equal protection under the law, non-retrogression, and directly goes against the requirement of progressive realization of economic and social rights, including consumers’ rights.

The body said move would also has a disparate impact on the ability of people living in poverty to enjoy the rights to equal housing, health and medical care and basic necessities of life, and thus violates the right to an effective remedy, stressing that government had a responsibility to ensure that electricity services were progressively made available, on the basis of equality and non-discrimination, to the whole population, including those most disadvantaged, such as the fringe dwellers and the rural poor.

“The government cannot use the ‘privatization’ of the power sector as excuse for this discriminatory, unfair and unjust increase. Under international law, both the process and the implementation of privatisation should be consistent with human rights. Therefore, the government is not relieved of its human rights responsibilities by privatising the provision of basic services such as electricity,” the coalition stated.

It would be recalled that the government recently confirmed that as many as 120 million Nigerians are currently without electricity, but that under the Multi-Year Tariff Order (MYTO) regime, there would be increases in electricity tariff every year till 2016.