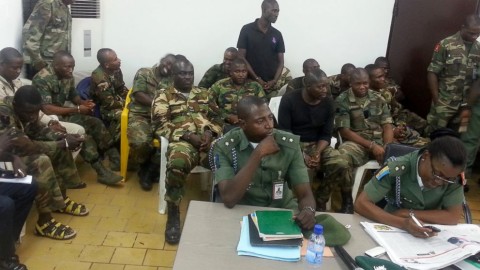 Another Nigerian legal Luminary, Mr. Olisa Agbakoba (SAN) has challenged the Nigerian Army over the death sentences by a Court Martial  on 12 soldiers over an attempt on the life of their General Officer Commanding (GOC), Major General Ahmed Mohammed in Maiduguri, the Borno state capital.

Agbakoba, in a suit marked FHC/ABJ/CS/708/2014, filed before a Federal High Court in Federal Capital Territory (FCT) Abuja is challenging the composition of the General Court Martial (GCM), saying it violated Section 36(1) of the Constitution, which preserves the right of a suspect for fair hearing. 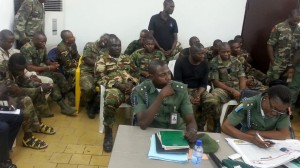 In his affidavit, the former National President of the Nigeria Bar Association (NBA)  contended  that Sections 133(3)(4) and (5) of the Armed Forces Act, empowered the military court’s, yet its ruling violated Section 36(1) of the Constitution.

Agbakoba held  it was illegal for the Commander of the Army Headquarters Garrison, Mogadishu Cantonment, Brig.-Gen. D.T. Ndiomu, to solely constitute the Court Martial, to try Mutiny charges against the convicted military men.

Mr. Agbakoba is therefore seeking the court to crush the GCM Tuesday, September 16, 2014 verdict. The legal action is the second on the barely two weeks judgement, as another constitutional Lawyer and human right activist, Mr. Femi Falana (SAN) has immediately called for the verdict to be commuted to jail terms.

The latest suit according to Mr. Agbakoba was instituted under the Fundamental Rights (Enforcement Procedure) Rules 2009. It is seeking; declaration that the convening and composition of Military tribunal that sentenced the 12 soldiers to death by firing squad acted  contrary to Section 36(1) of the Constitution of Nigeria, 1999.

It would be recalled a total of 25 soldiers were court martial, out of which 12 were convicted, one jailed while the remaining five were acquitted by the Major General C. Okonkwo – led GCM. The tribunal comprised nine members.