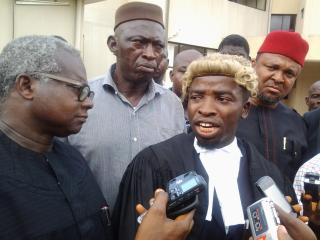 The Enugu state local government area polls fixed for next Saturday on Thursday suffered a major set-back as a High Court sitting in the state granted an order against the Enugu State Independent Electoral Commission, ENSIEC. 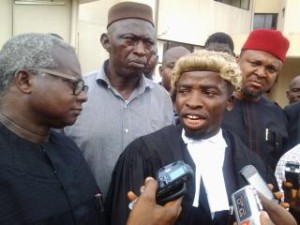 If served, the order may restrain the state electoral body from conducting the elections in three council areas of the state.

The All Progressives Grand Alliance, APGA, in the state had approached the court presided over by Justice A.O Onovo seeking an order for judicial review in line with order of mandamus injunction.

The two APGA chairmanship candidates in Isi-Uzo and Ezeagu Local Government Areas were disqualified by the ENSIEC on the grounds that their running mates are not qualified to run for the election.

Addressing newsmen shortly at the end of the court session,  counsel to the APGA candidates,  Alex Amujiogu said, by the order of the court, ENSIEC had been stopped from conducting the election.

According to him, “we are before the Enugu State High Court to seek order for judicial review, in line with order of mandamus injunction and declarative order to stop the ENSIEC from conducting local government election.

“Today, the honourable court after reviewing the facts in our application, has granted the applicants leave to compel ENSIEC to appear before it on the 7th day of November, 2013”.

He continued that “by virtue of Rule 3 sub 6, where leave for judicial review has been granted, it is leave for stay of all actions relating to or connected with the complaints of the applicants.

“In this case, it has to do with the conduct of local government elections in Isi-Uzo and Ezeagu Local Government chairmanship elections as well as Ugwuasa ward.

“ENSIEC disqualified some candidates on the grounds that the tax clearance they presented was from another state, but the same law the ENSIEC relied upon never said tax clearance from Enugu State. The law is there for everybody to see.

“So, we are going to serve the ENSIEC this order of court and once that is done, they cannot go ahead with the election”.

However, the All Progressives Congress, APC, which was also at a sister court to challenge ENSIEC on the council election, could not succeed, as the court refused to grant the order it sought against the state electoral body.

The court, presided over by the state Chief Judge, Justice Innocent Umezulike, refused to grant the injunction stopping the election as prayed by APC.

Also speaking to reporters, Dr. Ben Nwoye, the chairman of the APC local government election committee in the state, disclosed that the party would boycott the November 2, 2013 council polls.

According to him, “it is unfortunate that the PDP government in the state decided to stop opposition parties from taking part in the election.

Said Dr. Nwoye: out of 260 councillors and 17 chairmanship candidates filed by the APC, the ENSIEC cleared only four councillors and disqualified the rest under flimsy reasons.

The APC chieftain however, alleged that the ruling PDP government in Enugu state had remain a cog in the wheel of progress of democracy in the area.