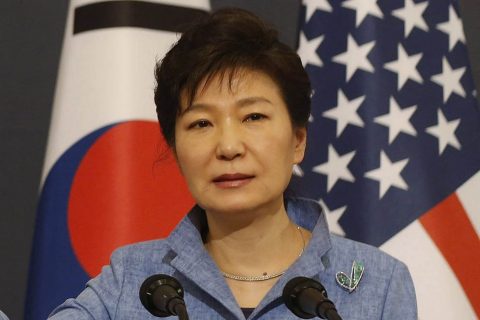 BALTIMORE, MD (AFRICAN EXAMINER) – South Korean President Park Geun-hye has been forced out of the office. She is the country’s first democratically elected leader to be ousted from the office.

Judges unanimously upheld parliament’s decision to impeach the former President over her role in a corruption scandal involving her close friend, Choi Soon-sil.

Consequently, Geun-hye has lost her Presidential immunity and could after face criminal charges. The court ruling has provoked violent protest outside the premises and police said two protesters had died.

The ruling is the culmination of months of political turmoil and public protest. With the development, South Korea is expected to conduct election within 60 days.

However, Ms Park’s office has reacted that she would not vacate the Blue House – the South Korea’s Presidential palace, on Friday as well as make any statement.

Meanwhile, the Acting President Hwang Kyo-ahn has called for calm, saying the government should remain stable to prevent outbreak of internal conflict.

At the heart of the drama lies the close friendship between the president and Ms Choi.

Ms Choi, an intimate friend of the sacked President was accused of using her presidential connections to pressure companies to give millions of dollars in donations to non-profit foundations she controlled.

Ms Park was alleged to have been personally involved in deal, and allowed Ms Choi to have uninhindred access to official documents. It would be recalled that the Parliament voted to impeach Ms Park in December and the Constitutional Court has since been deciding whether to uphold or overturn this.

On Friday, a panel of eight judges ruled that Ms Park’s actions were “seriously impaired the spirit of… democracy and the rule of law”. The court held that she had broken the law by allowing Ms Choi to meddle in state affairs, and had breached guidelines on official secrets by leaking numerous documents.