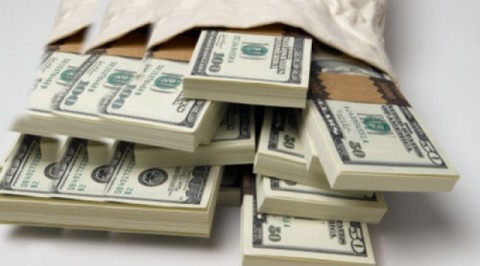 A passenger – Mr. Ani Paulinus Onyeka was on Tuesday arrested by officials of the Nigeria Customs Service at the Murtala Muhammed International Airport for being in possession of one million nine hundred and nine thousand, one hundred and forty dollars ($ 1, 909,140), hidden inside his luggage.

The suspect, Mr. Ani Paulinus Onyeka who arrived the country aboard ASKY Airlines flight from the Democratic Republic of Congo was apprehended by the customs officials at the currency desk for non-declaration of the exact amount of money on arrival into the country.

Confirming the incident, Nigeria Customs Service PRO, Airport Command, Mrs Thelma Williams who identified the passenger and affirmed that the passenger came into the country aboard ASKY Airlines flight from the Democratic Republic Congo.

She further added that the suspect non declaration of the exact amount in his possession upon arrival into the country was a  gross violation of extant regulations as it affects the movement of large sums of foreign currency into Nigeria.

According to her, customs personnel at the baggage hall of the Airport discovered the huge cash after physical search.

The Customs PRO also added that the suspect has been handed to the operatives of the Economic and Financial Crimes Commission (EFCC) for further investigation.