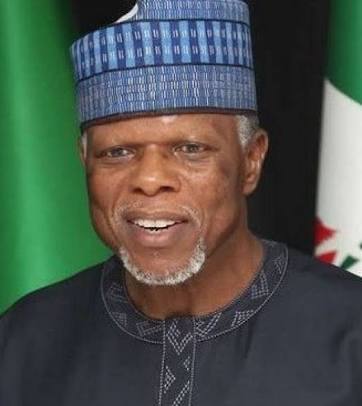 ABUJA, NIGERIA (AFRICAN EXAMINER) – The Comptroller-General of Nigeria Customs Service (NCS), Col Hammed Ali (rtd), stunned Senators on Monday at a one-day public hearing on “A Bill for an Act to Repeal the Customs and Excise Management Act Bill 2016” with his conspicuous absence and glaring lack of representation at the session.

The Senate Committee on Customs not only found the situation offensive but also believed that it was a deliberate attempt by the leadership of NCS to treat the apex legislative institution with contempt.

Senators were further angered that instead of sending high ranking customs officials to represent him and the institution at the hearing, Ali chose to send agents of the NCS who are not directly affected by the bill being considered.

It was learnt that Senate leadership was offended by Ali’s action, noting that of the three public hearings which held in the Senate on Monday, it was only the hearing on customs bill that was not attended by major stakeholders.

Thus, Senators wondered what excuse Ali could have for staying away from the hearing when Fashola who heads three vibrant and large Ministries and is always very busy as well as banks’ chief executive officers who are equally busy still created time to attend yesterday’s public hearings on bills seeking for repeal of Acts that established FERMA and the Bank of Industry (BOI) respectively.

However, in his opening remark, Chairman, Senate Committee on Customs and Excise, Senator Hope Uzodinma, said the National Assembly was determined to amend the Customs and Excise Act to ensure the evolvement “of an effective, efficient and result-oriented department or agency.”

He added that the Senate was also determined to ensure that the process of revenue collection was strengthened in accordance with best practices, observing that “Customs department of our dear country ought to be a major revenue earner that should be capable of funding at least 50 per cent of the national budget. This should also be a critical department that should boost non-oil revenue of the government and fund infrastructural development.

“Why is our own story different? The answer is simple. For 58 years, our Customs department has operated with a Colonial Act that has not only become obsolete and unrealistic but fraught with many loopholes for revenue leakages. It is not the best thing that has happened to the customs and excise department that to date, it has been guided by a 1958 Colonial Act”, he said.

While declaring the public hearing open, Senate President Bukola Saraki said the move to repeal the age-long bill was borne out of Senate’s desire to reposition the NCS with a view to ensuring that the agency “plays the pivotal role it is expected to play as a major funder of the federal budget.”

Saraki further said introducing the bill had become imperative in view of “the very critical role that the custom plays in the economic and security life of our country” adding that “Customs remains one of the most important sources of government revenues.”

“With government revenues dwindling rapidly at a time when we have so much to do, this has further made the need for us to block all leakages and possible inefficiency points in our revenue profile an urgent national duty”, he added.