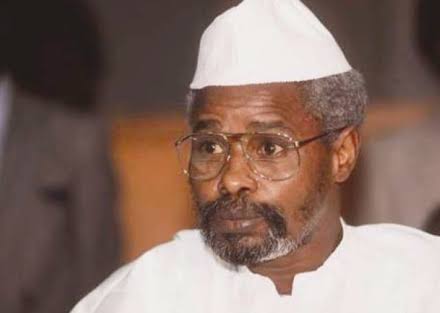 BALTIMORE, MD (AFRICAN EXAMINER) – Former Chadian ruler Hissene Habre, has been convicted of crimes against humanity and sentenced to life in prison.

The ex dictator was convicted by judge for raping, sexual slavery and killing orders he issued during his rule which lasted between 1982 and 1990.

He however denied the accusations of killing 40,000 people during his eight-year rule.

The former Chadian Leader throughout the trial, refused to recognize the court’s legitimacy, thus frequently disrupted the court’s proceedings.

After the ruling considered to be a landmark one, victims and families of those who were killed, cheered and embraced one another in the courtroom in Senegal.

The outcome of the ruling was the first in history, for an African Union (AU) -backed court to have tried and convicted a former ruler for human rights abuse.
Despite the judgment, Habre, who was an ally of US while in power, has 15 days to appeal against the historic ruling.
The convicted Habre after the ruling was still rebellious, as he raised his arms and shouted to respond to solidarity showed by his supporters as he was led out of the courtroom.