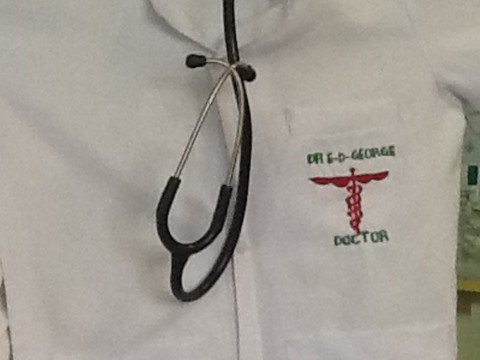 (AFRICAN EXAMINER) – Patients on admission at the Enugu State University of Science and Technology (ESUT), Teaching Hospital, Parklane Enugu, are now at the mercy of God, as members of the Association of Resident Doctors, (ARD) in the health facility have embarked on an indefinite strike.

African Examiner reports that the medical personnel, commenced the industrial action pending fulfillment of their agreement with Enugu state government.

The Association made this known in an official letter sent to the Chief Medical Director, (CMD) of the hospital which was dated April 24th, 2020 and jointly signed by its president, Doctor Chima Edoga and General Secretary, Doctor Chukwunonso Ofonere.

They said in a letter entitled, “Notice of Resumption Of Suspended Indefinite Withdrawal Of Services By the Association Of Resident Doctors, ESUT-TH Parklane” that the action could have been avoided if Enugu state government kept to the written approval and numerous re-assurances given to the Association.

The Association noted that medical doctors in the hospital and elsewhere in Nigeria  have become endangered species in the face of the deadly Coronavirus pandemic  currently ravaging the entire globe, including other disease such as Lassa fever virus, ,insisting that it is only fair and proper that they should be promptly given their due.

The Association equally hinted that they also received verbal reassurances that a written approval will be fully implemented in April, 2020 but only to be shocked and dismayed that the governor Ifeanyi Ugwuanyi led  Enugu state government eventually reneged on the approval following payment of April 2020 salaries.

According to a close source in the hospital, the relationship between the (ARD) members, management of the hospital  and Enugu State government turned sour, when other health workers in the facility  began to agitate for similar consolidated salaries following the hint that Enugu State Government has approved the ARD’s demand.

The  source said in a bid to resolve the matter, Enugu state government ordered all the association of health workers in Parklane to use one month, harmonize their demands and forward same to the state government who will then study the cost implication with a view to finding lasting solutions to the agitations in the hospital.

When African Examiner visited the hospital on Saturday, only nurses were seen attending to patients in various departments of the tertiary health facility, including the emergency ward.

Efforts to speak with the CMD of the hospital or any authorized staff hit the rock, as offices at the administrative block were all locked.