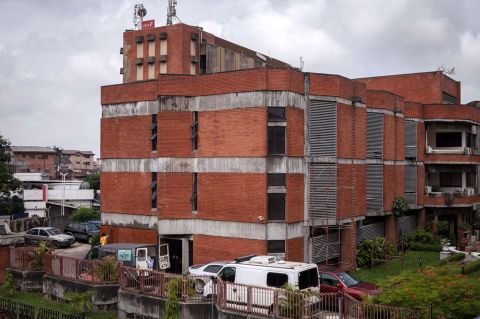 …To Send Team To Sierra Leone

The Lagos State Government has doled out a whooping N50 million to First Consultant Medical Centre, Lagos to help the hospital get back to its feet after the Ebola Virus Disease (EVD) first broke out in the hospital.

Late Patrick Sawyer, a Liberian envoy had imported the disease to Nigeria and went to First Consultant Medical Centre where he was discovered to be infected the deadly disease. 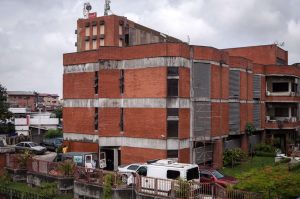 The government also disclosed that it will be sending its Ebola medical team to Sierra Leone to help the country contain the deadly EVD.

Lagos State Commissioner for Health, Dr. Jide Idris, who said this on Monday at a Press conference in Lagos after the World Health Organisation (WHO) declared Nigeria free from Ebola, said government had concluded arrangement to support those affected by the EVD.

According to him,we are giving N50 million lump sum as business support gesture to First Consultant Medical Centre. This is with a view to getting people and businesses back on their feet and for businesses to re-secure patronage of their customers. It needs clearly be stated that this is not an attempt at compensation but a gesture of goodwill on the part of government.”

“I use this medium to urge and encourage private organisation who wish to join in this good work to come on board. This is the time to do so, especially those that had earlier indicated interest or made pledges.”

He appealed to Lagosians to remain calm and vigilant, saying the government remained committed to ensuring that Lagos remained Ebola free.

“We are strengthening of point of entry activities in collaboration with the Federal Government at the airports and sea ports, but especially at the land borders which presently pose some kind of challenge because of the porous and yet to be captured international land crossing,” he said.

Idris added that Lagos was able to contain the spread of the disease because it already had a well established health system in place.

He also disclosed that 9,000 Ebola cases were recorded worldwide, out of which 4,500 people died of the disease, adding that Nigeria contributed to only 20 cases of infection, which represented 0.22 percent of the total number of people infected and 0.18 percent death rate.