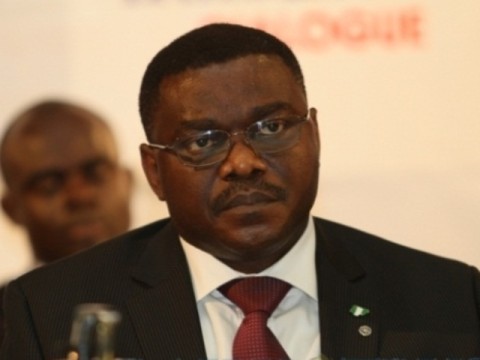 The battle against the deadly Ebola Virus may have been won in the country but the war is not yet over says Health Minister, Professor Onyebuchi Chukwu.

Professor Chukwu  gave the warning   while speaking at the plenary of the just concluded  2014 summit on women and girl-child education held at the National Centre for Women Development (NCWD) in Abuja. 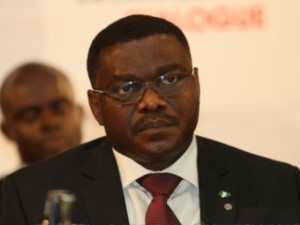 The Minister said while the global accolade Nigeria has garnered for tackling the viral infection is well deserved, the country cannot afford to let its guard down given the fact that the scourge is still ravaging some West African countries.

“I have confidence that the war against Ebola Virus Disease(EVD) has been won but must also warn that the preventive measures still in place should be taken seriously as long as the disease is still ravaging some African countries and spreading beyond”, he said.

He said the Nigerian experience in containing the scourge has amazed many who wonder  how the country rose to the challenge of Ebola and subdued it despite some lapses in the our health care delivery system, adding that it is model worthy of replication in any Ebola-infested country.

In his speech at the occasion, President Goodluck Ebele Jonathan who was represented by the Minister of Women Affairs and Social Development, Hajiya Zainab Maina said the Federal Government will continue to recognize the valuable contributions of Nigerian women and the girls to the sustenance of the society.

He said as part of efforts in ensuring that women and girls benefit maximally from the dividends of democracy, the federal government launched recently the Growing Girls and Women in Nigeria (GWIN), adding that the Central Baank of Nigeria has been directed to ensure that 60 percent of the approved N20 billion SME fund be allocated to women.

President Jonathan further said that the outcome document of the summit be made available to his office which will steer the administration to think outside the box in planning for the girl-child in Nigeria.

The First Lady, Dame Patience Jonathan in her remarks highlighted the many challenges confronting the girl-child and called on women and mothers to be more detailed in their attention to the up-bringing of their children.

In her Keynote address, a 16-year old Chimdi Neliachukwu who spoke the mind of the girl-children contained in their charter of demands they christened “Girlifesto ”  stressed the importance of the fear of God in addressing the needs of the girl-child, adding that for the Girl-child’s education to be balanced, it must rooted in both moral and academic pursuit and called for worthy role models for the girl child.

Earlier in her welcome address, the Director General of the National Centre for Women Development (NCWD) Lady Onyeka Onwenu said the summit was convened to draw attention of policy makers to the challenges of the girl child, and would evolve strategies for economic empowerment for marginalized women and girls, focusing on education, health, violence and security.

She said that due to the disproportionate disadvantage of girls as well as the opportunities girl-child education can bring, there was need to reduce the disparities through deliberate policies and interventions aimed at gender equality and empowerment.