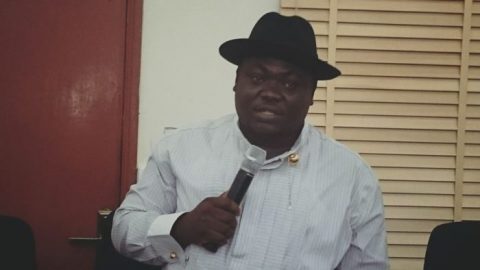 (AFRICAN EXAMINER) – Alabh George Turnah, a former Special Adviser to the Managing Director of the Niger Delta Development Commission, NDDC has been arrested by operatives of the Economic and Financial Crimes Commission, EFCC.

He was arrested in Port Harcourt, Rivers State in connection with alleged possession of funds running into N2 billion.

The money, according to the EFCC, was suspected to have been stolen from the NDDC while serving there as an Adviser to Mr. Dan Abia, then the NDDC managing director.

Turnah, widely believed to be a godson of former President Goodluck Jonathan, served in the NDDC between 2012 and 2015.

Preliminary investigations by the EFCC threw up deposits made in his personal and company bank accounts in excess of N2billion.

A search conducted in his houses in Port Harcourt and Yenogoa, yielded useful documents.

Turnah has made useful statements to the EFCC and will be arraigned as soon as investigations are concluded.