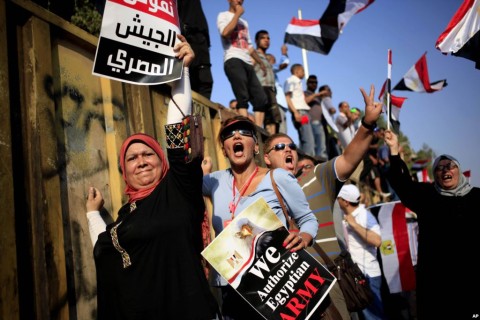 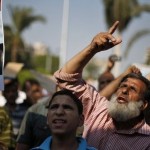 The Egyptian capital Cairo is poised for renewed protests as supporters of ousted President Mohammed Morsi call for marches after Friday prayers.
The call comes two days after authorities broke up Muslim Brotherhood protest camps in the Egyptian capital with the loss of at least 638 lives.

Egypt is in a state of emergency and police have been authorised to use live ammunition in self-defence.

On Thursday, Mr Obama condemned the government’s actions in ordering security forces to break up the protest camps, and cancelled joint military exercises.

He said co-operation could not continue while civilians were being killed. However, he stopped short of cutting $1.3bn (£830m) in aid that the US gives to Egypt.

The Egyptian presidency said in a statement in the early hours of Friday that Mr Obama’s words were “not based on fact” and would “embolden armed groups”.

The Muslim Brotherhood called on its supporters to gather in mosques for Friday prayers and then take to the streets of Cairo in a “march of anger”.

The group’s leaders say they will hold marches under the slogan “the people want to topple the coup”.

Security in the capital is tight, with many armoured personnel carriers on the streets.

Members of groups opposed to Mr Morsi – the National Salvation Front and Tamarod – are reported to have called for counter-demonstrations in response.

There have also been calls for people to protect their neighbourhoods and churches throughout the country.