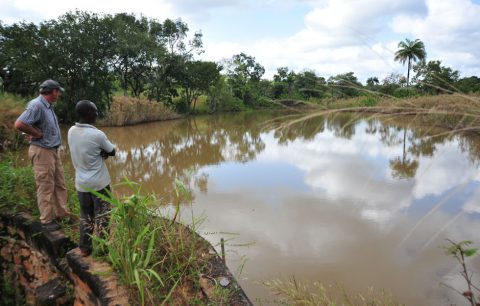 EKITI, NIGERIA (AFRICAN EXAMINER) – The Ekiti State Government has refuted the media report that the four victims of Egbe Dam in Gbonyin Local Council area of the State were World Bank officials.

In a statement issued Friday by the State Governor Ayodele Fayose’s Press Secretary Idowu Adelusi, the State clarified that the Third Urban Water Sector Reform Project was sponsored by the World Bank, still, the contract for the bathymetry surveying of the Dam was awarded to Enviplan Nigeria Limited, whose staff were involved in the boat capsize.

Adelusi indicated that the company is expected to work on Ureje, Egbe, Itapaji and Ero Dams, adding ”the sad incident happened because some safety measures were not adhered to by the deceased who refused to
wear life jackets and those who survived wore life jackets provided by the company”.

The statement restated that the victims were staff of Enviplan Nigeria Limited, a consulting firm to the World Bank.

The identities of the dead were released as: Alaran Tirimisiyu; Abdulwaheed Alayande, David Malu and Albert. The survivors included: Charles Ehinlaye, Bukky Ajet and Yahaya.

It would be recalled the mass media widely reported Thursday that the victims who died late Wednesday night, were World Bank officials who were on a special mission to the Dam, based on the report it has received on how the Dam could be put to use.