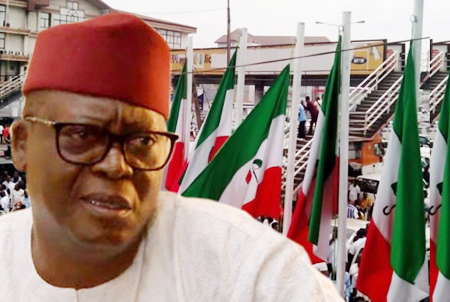 Adeyeye who announced his defection Tuesday said his decision was to collaborate with the APC and its candidate, Dr. Kayode Fayemi, to win the Saturday, July 28 decisive poll and subsequently rescue Ekiti State.

It would be recalled that the former Minister of State for Works was among the PDP Governorship aspirants who recently contested the party’s primary but lost to the incumbent Deputy Governor Prof. Kolapo Olusola-Eleka.

Adeyey was aggrieved with the outcome of the primary; alleged foul play and subsequently resigned his membership.