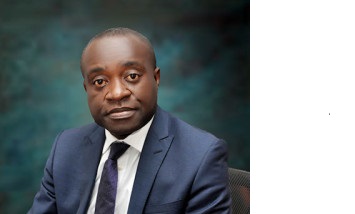 (AFRICAN EXAMINER) – Newly inaugurated  Executive Chairman of the prestigious Enugu Sports Club, Chief Ben Etiaba, says plans are afoot by his administration to embark on aggressive revamping of facilities that will  gulp about 100 million naira in the club.

The chairman, said he intends to achieve the feat via a 5 point new vision aimed at uplifting the standard  of the elitists sporting organization .

Etiaba, who was formally inaugurated on the 13th of May, 2017 as the 26th Executive chairman of the club, by the incumbent president, and governor of Enugu state, Ifeanyi Ugwuanyi, will pilot affairs of the organization for two years (2017-2018)

He  disclosed this on Tuesday when the executive Committee (Exco) members of Sports Writes Association of Nigeria SWAN, Enugu state chapter paid him a courtesy visit at the club’s headquarters.

According to the him, “our 5 point new vision comprises the remodeling of the cinema hall, with new windows, befitting ceiling, grand lightening, and full air conditioning”, adding that the administration is  also proposing to put in place a brand new ultra- modern kitchen and Catering service, plus an African style bush bar to cater for unique traditional culinary taste.

Also to be captured in the said amount is 24 hour power supply service at the club which he explained will be achieved through a hybrid power system with modern solar panels supplementing the current sources of power.

“A modern club house will equally be put in place by  remodeling the existing one” among other  facilities, stressing that as soon as the finance for the project is secured , “all these  projects are expected to be delivered at a budgeted cost of 100 million.