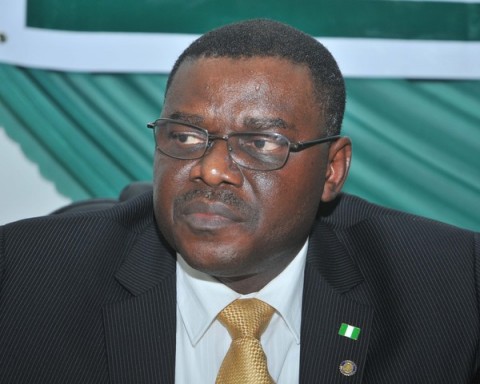 It would be recall that Senator Marafa had at plenary, on Tuesday, accused the former Minister of conniving with the then Permanent Secretary in his ministry to divert the constituency project fund worth N300 million meant for the procurement of equipment for the Federal Medical Centre (FMC), Gusau, to his alleged home state of Enugu, to procure mosquito nets.

Prof. Chukwu explained that based on the Public Procurement Act of 2007, parastatals and agencies awarded contracts within their approval thresholds.

He said : “But where the contract value was above the limit set for them, they were duty-bound to send it to the Ministerial Tenders Board, which in turn sent the contracts above its approval threshold to the Federal Executive Council (FEC).

The former Minister,  stressed that the Ministerial Tenders Board was chaired by the Permanent Secretary while the Minister was not a member of the board, adding that with the approval of the contract by the board, the Federal Ministry of Health did not have any further role to play in the entire process.

Prof. Chukwu further explained that with the Federal Ministry of Health’s role concluded, the implementing agency was expected to write to the Office of the Minister of Special Duties and Inter-governmental Affairs requesting for payment.

Continuing, he said, that if the Minister (of Special Duties and Inter-governmental Affairs) was satisfied with the due process and quality of job, he would write to the Federal Ministry of Finance requesting for the release of funds to the implementing agency, in this case the Federal Medical Centre (FMC), Gusau.

Giving insight into what actually transpired, Prof. Chukwu recalled how the Director General of the Budget Office wrote a letter to the Federal Ministry of Health in December 2013, quoting a letter earlier written to him by Senator Marafa where he alleged that the ministry had refused to release the said fund.

According to Prof. Chukwu,  he promptly minuted the letter to the Permanent Secretary and the Director of Finance and Accounts who stated that there was no such fund with the ministry, while producing the schedule of approved projects and funds released from the office of the Accountant General of the Federation as evidence.

Chukwu said that he consequently wrote back to the Director General of Budget Office in March 2014, apprising him of the situation.

He added that the Director General of the Budget Office however replied in May  2014, insisting that the ministry was in receipt of the fund and should look for it, when this was clearly not the case, since no such fund was remitted by the office of the Accountant General.

A statement issued on his behalf by his former Special Assistant on Media and Communication,  Mr. Dan Nwomeh,
made available to African Examiner Friday in Enugu, posited that “It was apparently this misleading letter from the Director General of the Budget Office that Senator Marafa had been relying on for his unsubstantiated claims”,

“Against this background, it is obvious that the Minister of Health had no powers to divert, and could not have diverted, the funds approved for an agency for another purpose.

“And if the same due process regime is still in place today, as I believe it does, there was no basis for the purported apology tendered by the current Minister of Health on behalf the Federal Ministry of Health, then under my watch, to Senator Marafa.”

Prof. Chukwu observed that the duty of a Minister is to investigate and treat the matter and not evade the issue with an unwarranted apology, saying that as Minister, he investigated and addressed similar complaints that pre-dated his tenure, since government is a continuum.

On the alleged procurement of mosquito nets for Enugu State, Chukwu also denied that the Federal Ministry of Health at any time procured insecticide-treated mosquito nets for any single state in the country under his stewardship.

He said that nets were mainly sourced through two channels which did not involve the ministry in the procurement process: The Global Fund and the World Bank, respectively. Chukwu said the only mosquito nets procured directly by the ministry were from a  line budget provision for mosquito nets which were to fill the supply gaps for states not covered by the Global Fund and World Bank programmes.

Prof. Chukwu, who wondered why neither Senator Marafa nor the current Minister of Health had ever approached him for his explanations on the issue, accused Senator Marafa of being mischievous and playing to the gallery.

“What Nigerians should be asking Distinguished Senator Marafa is why it has taken him till the end of his 8-year career in the senate to raise the matter in the melodramatic manner he did.

“Senator Marafa was merely playing politics to hoodwink his constituents who are probably demanding for accountability from their representatives given the unfortunate turn of events in Zamfara State.”

Prof. Chukwu, who also pointed out that he was not from Enugu State, decried being drawn into the insidious politics of ethnicity by an outgoing senator who was desperate to score cheap political points to burnish his image.

“Senator Marafa probably doesn’t know that as an old boy of the Federal Government College, Sokoto, I have affinity to Gusau and Zamfara State in general, which was part of the defunct North Western State and old Sokoto State, respectively, during my school days.

“For instance, during the lead poisoning epidemic in the state, I recommended and the President approved the procurement of the drugs for chelation therapy for victims. Indeed, not only was my first Minister of State with whom I enjoyed a warm personal and working relationship from Zamfara State, my Technical  Assistant on Foods, Drugs and Private Sector Engagement, Pharm. Sani Bello, was also from Zamfara State”, he said.

Also reacting to the charge of “ethnocentrism” leveled against him by the Senate majority whip, Senator Olusola Adeyeye, Prof. Chukwu expressed surprise that Senator Adeyeye conveniently disregarded the fact that Senator Marafa equally accused the then Permanently Secretary in the Ministry, whom Senator Marafa correctly identified as an indigene of Katisna State, as his conniver in the alleged diversion of fund from Zamfara to Enugu State.

Prof. Chukwu wondered on which primordial impulse the Permanent Secretary was also acting, adding that Senator Adeyeye glossed over his supposed accomplice because it did not serve his purpose.