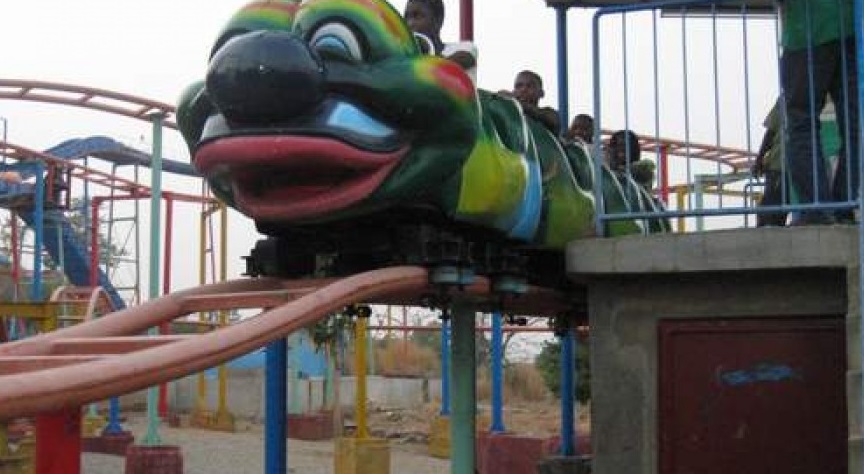 ENUGU, NIGERIA (AFRICAN EXAMINER) – Parents of the two young sisters that died recently at Oakland Amusement Park Enugu, following the alleged malfunctioning of its Roller coaster machine while on motion with the deceased and family members, may likely drag the park owner to court over the incident.

AFRICAN EXAMINER gathered that the victims went to the Amusement centre with family members for a birthday party fun when the disaster occurred.

While the deceased family are blaming the incident on alleged carelessness on the part of the operator of the fun machine, the park management, attributed it to panic.

Our Correspondent learnt that apart from the two sisters, aged between eight and nine whose lives were claimed in the incident, about four other family members who joined them in the Roller coaster ride equally sustained various degrees of injuries.

Three of the survivors are presently undergoing medical treatment at the Intensive Care Unit (ICU) of the famous Niger Foundation Hospital Enugu, while another one is being treated at the Memfy’s Specialist Hospital, also in Enugu.

A family source who witnessed the disaster, but craved anonymity said one of the rides they went on had malfunctioned while in motion, leading to the thrown out of its.

The source said, once the survivors are discharged from the Hospital, the family may drag the park management to court “because what happened on Monday was purely out of negligence and carelessness”

But explaining what he claimed actually led to the disaster which a total of six people, including operator of the machine, were wounded, the Park Manager, Mr. Nwubani Vincent, insisted that the Coffee Cup machine, which led to the incident that consumed lives of the young girls, did not “malfunction”.

He disclosed that the park had been in operation for about four years without any casualty.

According to him, “What happened here was that there was an accident on Monday evening around 6.00 p.m.

“A family of 12 with their guardians came for a birthday party; they had gone on a number of rides and decided to go on a Coffee Cup ride.

“The Coffee Cup is a ride that has nine cups and it rotates when it is switched on by the operator.

“When the ride started, there was panic, and usually, what happens is that if the children get panicked and start screaming, the operator shuts it down or decreases the speed.

“But in this case, the children got panicked and attempted to get off the ride.

“Out of panic, people rushed even to the control consul to stop the ride and in that confusion, somebody pressed the wrong button, which increased the speed.

“This made some of the already frightened children fell off the ride.”

The Park Manager, added that when the ride was eventually stopped, six of them had sustained injuries, but the two others, who didn’t fall out were not hurt.

“The six of them that were injured were immediately rushed to the hospital and while being treated at the hospital, two of them passed on.

“The rest are still at the hospital and in stable condition, our operator was injured as well, because of his attempt at calming the situation.

“The operator, who was on the ride with the children had been here for two years and cumulatively, he had operated that ride for over 5000 people without any casualty” he stated.

“It will be inappropriate for anybody to say that he did not know what he was doing,” Vincent said.

Meanwhile, the management of the centre has closed down the park in honour of the deceased, while taking the opportunity to re-organize its operations.

Since the incident happened, the park management, family members, and the hospital Doctors, have refused to disclosed names of dead and survivors.

The State Police Public Relations Officer (PPRO) Ebere Amarizu, when contacted, said the incident had not been officially reported to State’s the Police Command.

“I want to tell you that we don’t have any record of that incident.

“We have been hearing it as rumour. It is like they want to conceal it, but anytime they report it we will follow it up.”