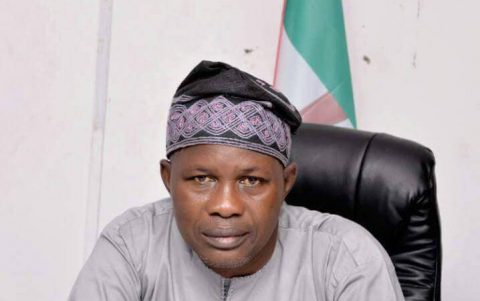 (AFRICAN EXAMINER) – Following the botched local government poll in Ondo state, the state chairman of the All Progressives Congress (APC) Ade Adetimehin is currently in hot water as all councilor aspirants are demanding refunds of the money paid to the party in 2018 for nomination forms and party development fees.

The aspirants under the umbrella of the Ondo State Conference of Councillorship Aspirants in the All Progressives Congress (APC) told AFRICAN EXAMINER that over 1,000 councillorship aspirants paid N100,000 for nomination forms and additional N20,000 each for party development fee to the party.

African Examiner gathered that the group led by its leader Japhet Orire Akindona, and some representatives, had held a meeting with the governor and the chairman as well as the deputy governor and the SSG with a view to getting their nomination forms refunds which seem to have gone down the drain.

In the meeting, Mr Japhet Akindona said, in the presence of the chairman, Eng Fatimehin, the governor bluntly told them he was not going to pay them back any money because he did not collect any money from the aspirants.

However, after the meeting, the chairman was quoted as begging the aspirants to shield their swords promising to prevail on the governor to replace them with the current serving councilors, an overture that the aggrieved aspirants see as impossible considering that the government cannot realistically engaged all the 1,015 aggrieved aspirants.

Mr Akindona said further talks on how to get their refunds went sour when his group met with the secretary to the state government, Mr Sunday Ifedayo, who is currently in serious political fisticuffs with the governor, a situation that made the state chairman Adetimehi to angrily chastise them and vowed not to do anything about their refunds.

As a result of the dead end with the APC chairman, the group sent an SOS letter to the President, Vice President, the national leadership of the APC as well Asiwaju Bola Tinubu.

“We the entire APC councillorship aspirants in Ondo state numbering about one thousand and fifteen (1015) write to inform your excellency of our predicament in the hand of our state chairman, Engr Ade Adetimehin and the state governor Arakunrin Odunayo Akeredolu over the  purported local government election.

“Sometimes September 2018, the Ondo State lndependent Electoral Commission (ODIEC) announced that election into Local Government Area Council will come up on the 1st of December, 2018 and the party chairman Engr Ade Adetimehin asked all interested members to obtain Councillorship nomination form at the rate of #100,000 and paid party development fee of #20,000 each. This is different from thousands of naira we all expended in the course of securing three-year I tax clearance and traversing our various wards for consultation and campaigns.

“We have in good authority, with our statistics that, an average of five aspirants obtained the nomination forms from each of the 203 wards across the state, which accumulates to over 1,015 aspirants.

“We then wrote to the governor, Arakunrin Odunayo Akeredolu  to grant us audience in order to  interact with him on how we can get our money back since primaries were not held, which he granted us. But unfortunately, in the meeting, he told us point blank that he has no money to return to us. He claimed he did not collect money from us therefore he has no money to give us.

“After our meeting with the governor, we mobilized our ourselves to meet the party chairman Engr Ade Adetimehin at the party secretariat in Akure, the state capital. ln his address, he pleaded with us that he would help us to talk to the governor to replace us with serving caretakers supervisors, he did not tell us how we can get our money back and we know very well that it’s impossible for Mr governor to put us all into the council at the same time because of our numerical status.

“This ugly development, coupled with the anti-party activities involved by the governor, Arakunrin Odunayo Akeredolu and the state excos of our party are absolutely responsible for our poor outing in the just concluded presidential and national assembly elections.

“We therefore humbly appeal to Mr president, our national chairman and the national leadership of our great party (APC) to please call to order our governor, Arakunrin Odunayo Akeredolu and Engr Ade Adetimehin to return to us the money they have collected from all of us.”

All efforts to reach the APC Chairmain Adetimehin to react to the allegation were unsuccessful as his phone was just ringing.