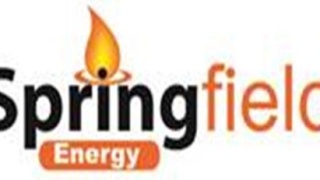 In a rejoinder to the Sahara Reporters’ story which the website has deliberately not published for obvious cynical reasons after a poor attempt to link Mr. Okyere’s purchase of a London home to proceeds from graft amongst several other claims, Springfield described the entire publication as “full of lies, half-truths and innuendos and calculated attempt to injure the reputation of our company and it’s Managing Director.”

Springfield further warned that “Any attempt to tarnish our image with baseless allegations shall be met with appropriate legal action. Our company will not hesitate to use every legal means to protect our interests as we owe that much to our business partners, stakeholders and the general public.”

The full text of the rejoinder reads:

Our attention has been drawn to the wide spread rumors and allegations circulating in the media about the MD/CEO of Springfield Ashburton Limited- Mr. Kevin Okyere, particularly the Sahara Reporters online publication of 14th October 2015 titled “Ghanaian Oil Tycoon Kevin Okyere Bought A £4.5m London Mansion In 2014 Tied To Diezani’s Looting”.

Our immediate reaction is that the entire publication is full of lies, half-truths and innuendos and is a calculated attempt to injure the reputation of our company and it’s Managing Director. We would now proceed to debunk each and every one of these allegations:

1)              “Sahara Reporters has found that a £4.5 million mansion belonging to the notable oil tycoon from Ghana, Kevin Okyere, provides a connection between him and the recently arrested former Nigerian Minister for Petroleum Resources, Diezani Alison-Madueke and her ongoing legal battles.”

2)             “Since the detention of these funds, Sahara Reporters has found that Melanie Spencer, implicated in the NCA’s ongoing investigations with Alison-Madueke, is a resident at 14A St Johns Wood Road, NW8 8RE in London.”

All allegations against Melanie are baseless.  Melanie Spencer has not been implicated in any investigation and has absolutely nothing to do with the Minister or any of her dealings. It is only logical that Melanie’s address is at Kevin Okyere’s property given the fact that she is his wife. As stated above, there is no connection between Kevin Okyere’s property and Mrs. Alison Madueke.

3)             “According to UK Land Registry documents obtained by Sahara Reporters, the purchase was financed by the Standard Bank Isle of Man Ltd.  Law enforcement agents in the UK told our reporter that the loan obtained from the bank in the Isle of Man is highly suspicious as it shows that Mr. Okyere was using the loan to hide his money laundering activities.”

It is spurious to imagine that a bank of Standard Bank’s quality will lend itself to a “highly suspicious” transaction. The loan in question was obtained and processed through all appropriate official channels and is backed with proper documentation.

4)             “During her stint as Minister, Mrs. Alison-Madueke used Mr. Okyere in interfacing with industry operators, directly appointing him as a personal assistant in 2014.”

The Federal Minister did have a Senior Special Assistant named Kevin, a Kevin Allanso NOT Kevin Okyere. Mr Okyere is a Ghanaian and it is preposterous to imagine that he will be appointed Personal Assistant to the Federal Minister of Petroleum in Nigeria. Kevin Okyere is not and has never been Mrs. Madueke’s personal assistant and has never been employed by the NNPC or any other Government institution in the world.

Furthermore, Mr. Okyere is the founder, Chairman and CEO of his self-owned group of companies. As a business man running his own business it is unfathomable how he would successfully run a multinational business while doubling as a Personal Assistant at the same time.

It is a shame that in their bid to sensationalize and smear the good name of a hardworking entrepreneur, Sahara Reporters threw all the professional ethics of journalism to the wind and failed to investigate and check all their facts before publishing.

This claim of the award of a $40billion annual contract to Springfield is totally ridiculous. The company has never received that amount. One only has to think of what the total value of annual crude oil lifting contracts in Nigeria is (about $60billion) to realize that this claim is utterly baseless.

The only contracts which the Company has partaken in from the NNPC is NNPC’s crude oil lifting contract which was awarded to it alongside 26 other companies and a condensate contract for EGP3 out of which only 4 cargos have been lifted to date and an LPG contract, from which no cargos were ever lifted. There was absolutely nothing untoward about the award of these contract as due process was followed to the letter. Springfield is not and has never been involved in crude oil swaps or subsidy contracts.

6)             “……it was one of the indigenous companies chosen by Mrs. Alison-Madueke to benefit from generous contracts to lift Nigeria crude oil in 2014 barely two years after it was incorporated.”

As stated above, there was absolutely nothing untoward in the award of the oil lifting contracts to our company. Springfield has been in business since 2008 in Ghana giving it considerable expertise in the oil business. It is usual to take into account the expertise of the Group Company when awarding a contract to the National subsidiary. Thus, Springfield’s track record in Ghana was taken into account prior to the award of the contract and it wasn’t considered a “mere two years after incorporation” as Sahara mockingly couched it.

It took Springfield two whole years to get awarded the oil lifting contract after a failed attempt.  The final award was on merit due to a strategic partnership with BP.  Springfield’s track record speaks for itself as it has not been involved in any oil swap contract or participated in the oil subsidy, areas which have caused a lot of controversy in the industry. All Springfield’s contracts with NNPC have been discharged diligently and we are not indebted to any of our trading partners or banks.

7)             “On August 30th, 2014, Mr. Okyere terminated the directorship of Ms. Cicognani, for undisclosed reasons………..As the Nigerian presidential elections approached first in February 2015 (later postponed till March 28, 2015), Mr. Okyere applied for the dissolution of the company in London.”

Dissolution of the company in the UK was a routine business decision with no connections to the elections. The company decided that it did not make business sense to keep on incurring the expensive costs of running an office in London when the Company had little or no operations in London.  Maria Luisa left the company to move on to other projects because we decided to dissolve the company.

8)             “On October 2, 2015, agents of the UK National Crime Agency busted Ms. Melanie Spencer at the address of Mr. Okyere’s Springfield Oyoko Ltd (now dissolved) with the sum of £10,000, the UK anti-corruption unit approached the Westminster Magistrate Court in London with an application asking to freeze Ms. Spencer £10,000 until April 2016. The application was granted.”

9)             “Mr. Okyere, like Mrs. Alison-Madueke, is the deep pocket for Ghanaian political gladiator of the New Patriotic Party (NPP). Mr. Okyere is married to Melanie Spencer, a niece of Rebecca Akufor -Addo, the wife of the NPP Presidential candidate, Nana Akufor-Addo. Melanie Spencer is the daughter of a former Ghana Airways pilot, Powis Spencer, according to Sahara Reporters investigations.”

It is a totally ridiculous suggestion that Mr. Okyere is the “pocket” of anyone. Mr. Okyere has never been “the pocket” for anyone including Mrs. Alison-Madueke or Nana Akufo Addo.

10)          “Mr. Okyere is using his influence to suppress media reports about his relationship with Diezani Alison-Madueke by suing select Ghanaian publications, including The New Statesman, The Al-Hajj, the Herald, and The Republic. His legal threats spread across to Nigeria where online publications that mentioned his name have been forced under threat to uproot the stories from their servers.”

It is indeed right that Mr. Kevin Okyere has sued these publications (The New Statesman: $7.5million, Alhaj Alhaj, Herald & The Republic: $3.7 million each)for printing outright lies and fabrications. Springfield Ashburton Limited and Mr. Kevin Okyere are law abiding citizens and will explore all legal avenues to right a wrong that has been done to them.

On 16th October 2015, the New Statesman published a full retraction of its earlier misleading reports and acknowledged that “it had no evidence that Springfield’s dealings with NNPC were not legitimately secured.”

As has been stated above, our Company started business in 2008, long before Mrs. Alison-Madueke became minister. The claims in the media that our company’s success is tied to a supposed “connection” to Mrs. Alison-Madueke are preposterous. We have worked painstakingly over the years to build our reputation as a credible and worthy player in the oil and gas industry, and indeed we have come very far as an indigenous African company. Any attempt to tarnish our image with baseless allegations shall be met with appropriate legal action. Our company will not hesitate to use every legal means to protect our interests as we owe that much to our business partners, stakeholders and the general public.