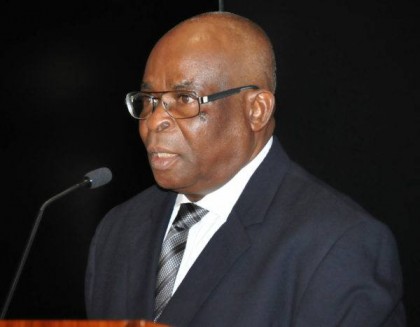 (AFRICAN EXAMINER) – The Court of Appeal in Abuja has ordered the Code of Conduct Tribunal (CCT) to suspend the trial of the Chief Justice of Nigeria (CJN), Mr. Walter Onnoghen, until its ruling on the appeals brought before it by the defence Counsels.

The three-member panel in its led ruling Thursday by Justice Abdul Aboki gave the order after listening to the arguements from all parties.

Following this, the court adjourned its main ruling on the pending appeals till Wednesday, January 30, 2019.

It would be recalled that the CJN has failed twice to appear before CCT owing to the ruling by the High court – that the trial be suspended pending the determination of the first appeal.

The Chairman of the three-man CCT panel Justice Danladi Umar declined the appeal, contending that the panel was not answerable to the rulings of lower court.

Mr Onnoghen in his appeal through his Counsels, Chief Wole Olanipekun (SAN) and Kanu Agabi (SAN) described the case instituted by the Code of Conduct Bureau (CCB) against him (Onnoghen) as unconstitutional and lacking merit.

The Federal Government was represented at the appeals hearing Thursday by a lawyer, Oyin Kole-Oso.

Failure to declare domiciliary accounts dated since 2011 for transfer of foreign currencies.