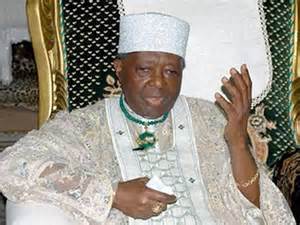 In a statement issued by his family, the two-day anniversary is to be kicked started with a Thanksgiving Service at the St. Paul’s Anglican Church, Ayegbaju, Ife. This will be followed by a grand reception to hold at the Castle of Mercy, along Ede Road, Ile-Ife.

The event progresses the following day, Friday, July 29, 2016 with a Colloquium, titled, “The Life and Times of Oba Okunade Sijuwade, Olubuse II”.

The late Olubuse II who was the 50th Ooni will after be hosted (posthumous) by the Institute of Cultural Studies, Obafemi Awolowo University, Ile-Ife, at Oduduwa Hall, OAU. Another reception is expected to be followed at Motel Royal, KM 4, Ede Road, Ile-Ife.

It would be recalled Oba Sijuwade joined his ancestors, Tuesday, July 28, 2015, around 7pm, at Saint Mary’s Hospital, Paddington, London, United Kingdom (UK), after a lost battle with a protracted ailment, at age 85.

The revered Royal Father was flown out, when his health reportedly suffered a relapse.