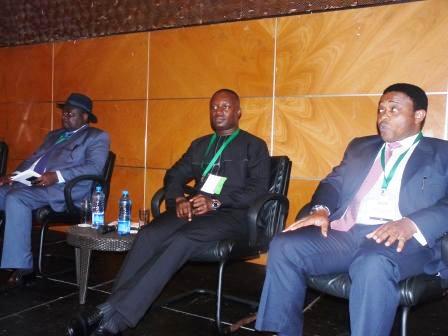 The Federal Government of Nigeria has assured the citizenry of a better and improved power supply following the decision of the government to hand over its power sector to private companies. 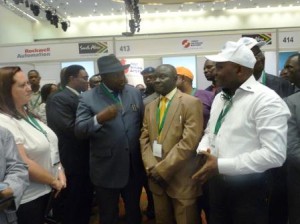 Dagogo-Jack who represented the Minister of Power, Nigeria, Professor Chinedu Nebo, said though there are still some areas of finishing that the federal government is working on to ensure that the power sector is totally reformed and be line of the transformation agenda of President Jonathan.

He, however, called on Nigerians to expect progress, corrections and standard electricity supply.

He said, “Government has put in place, a solid mechanism to monitor the private sector so as to ensure that they stick to the terms of agreement they signed with government before the handing over. All of them signed performance agreement upon the sale of these assets to them.

“In the performance agreement, the focus is to the Nigerian people that they should do the business for the benefits of the people and once we see them doing the business other than the agreed benefits, government will show up and some of them can lose their licenses.”

Chairman, Presidential Task Force on Power, therefore, maintained that there is room for sanction for any erred company.

While giving update on opportunities in Ghana, the Deputy Minister of Energy and Petroleum, Ghana, Honourable John Jinapor, said there is need for Western countries to invest massively in the power sector so as to make life easy for its people.

Jinapor also said Ghana has lunched 5,000 megawatts target because of the increase in the demand for electricity in the country. Adding that with the vision to meet the target of vision 20:2020, about 20 per cent of the country’s power thermal will be fired up.

Also, the Ghanaian Deputy Minister of Energy and Petroleum said the major problem facing the country is the supply of gas to industries and distribution of power to consumers at various levels which in most cases result into load shedding.

Hon. John Jinapor, however called for regional integration in the power sector which he said is the only way forward to ensure an improved power supply in the West African region.

He further expressed believe that regional integration will provide assistance to any country in the region that have system breakdown and that it will allow it connect with any of the neighbouring countries.

Wonodi said this while addressing journalists that the commission have N50billion (fifty billion naira) from the sale of Egbin power station, $350million dollars euro bond and budgetary receipt.