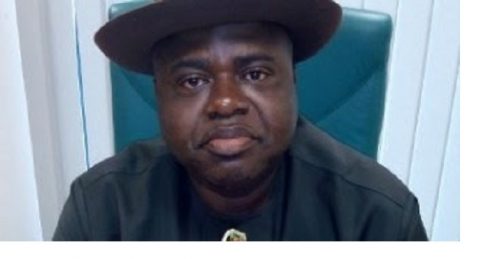 (AFRICAN EXAMINER) – The National Directorate of Employment (NDE) has flagged off the Extended Special Public Works (SPW) programme tagged “temporary employment of 774,000 youths across the 774 Local Government Areas in the country.”

The flag-off took place on Tuesday, at Peace Park Yenagoa, the Bayelsa capital.

The scheme entails temporary employment of 774,000 youths across the 774 Local Government Areas in Nigeria, and the disbursement of N20,000 to each of the beneficiaries for three months.

However, while speaking at the flag-off ceremony, the Acting Director-General of NDE, Abubakar Fikpo, described the scheme as “a very significant step in Nigeria’s quest to win the war against mass unemployment as well as to ameliorate the effect of COVID-19 pandemic.

He said that President Muhammadu Buhari approved the implementation of the programme across the 36 states of the federation after the successful conduct of the pilot phase of the programme within the first quarter of 2020 in 8 states.

 Speaking on his behalf, Mr S.D. Akpakasa, a Director of NDE, Fikpo added that 8,000 youths would benefit from the scheme in Bayelsa, adding that 1,000 youths were selected from each of the 8 Local Government Areas in the state.

He described the programme as the best and most far-reaching grassroot based employment creation in the history of Nigeria.

He charged the beneficiaries to reciprocate the gesture by the President to be dedicated to their job.

Also speaking at the occasion, the Minister of State for Petroleum, Chief Timipre Sylva, said the programme is an outcome of the pilot special public work programme in the Rural Areas approved by Mr President.