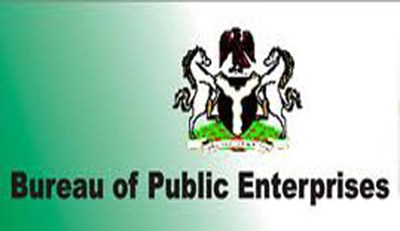 In a Complaint No: NICN/EN/07/2014 filed through their counsel, Sir O.A.U. Onyema, (Esq), made available to African Examiner Wednesday in Enugu, the ex- NCC workers, argued that it was wrong for BPE to sale their residential quarters to other people against the federal government policy on sales of government quarters, which stipulated that genuine worker/occupier should have first choice of refusal.

They also claimed among other things against the defendants as follows; “a declaration that the claimants are entitled to the conveyance of title ownership of residential quarters which they legitimately occupy in accordance with the monetization policy and privatization labour policy with regards to disposal of government residential quarters.

“A declaration that continuous carving-out and delineating of some portions of the NCC properties and disposing same to the public, without concurrently allocating the residential quarters to the claimants (disengaged staffs and retirees) who presently occupy them for them to pay and own in line with monetization, commercialization and privatization policy, amounts to double standard and portends an action in bad faith.

They also prayed the court to declare that any direct or indirect action, occasioned to encourage displacement of any of the claimants from his or her residential quarters, and renting or allocating same to the public, as to occasion denying him or her the benefit of the monetization policy is illegal and of no effect.

“An order of this honourable court directing the defendants to restore the accommodation of any claimant ejected forcefully, while he/she was awaiting severance benefit, gratuity etc; and monetize same to him/her.

“An order of the court directing the defendant to forthwith, delineate the residential quarters as they are, Survey, allocate to the claimants and perfect their title documents in line with monetization policy at government rate, as earlier formulated by the defendants.

“A perpetual injunction restraining the defendants, it’s agents, privies or by whatsoever or whomsoever from further incursions into, or sales of the residential properties occupied by the claimants to anybody, except to one of the claimants residing therein”.

They also claim special and general damages of four million naira against the BPE being the cost of litigation and other administrative appurtenances.

Meanwhile, the matter has been fixed for mention today (Thursday 10th April, 2014 before Honourable Justice A. Ibrahim.