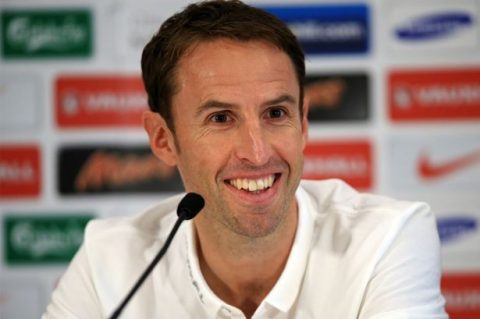 BALTIMORE, MD (AFRICAN EXAMINER) – At last, Gareth Southgate has been appointed the England Manager.
Southgate was said to have signed a contract reportedly worth up to 2m pounds a year.

The 46-year old who was signed on a four-year deal, stepped up from his role as the England Under-21s Manager in September after the immediate past Coach Sam Allardyce’s exit, just after 67 days in charge.

The new Coach was in charge during the team’s two wins and two draws (as interim boss).

Southgate has been widely favoured as the most suitable successor to former Coach Allardyce. Among of those that have tipped for the England job is the Skipper Wayne Rooney.

“I have thoroughly enjoyed working with the players over these past four games and I think there is huge potential.

“I am extremely proud to be appointed England manager. However, I am also conscious getting the job is one thing, now I want to do the job successfully.

“I’m determined to give everything I have to give the country a team that they’re proud of and one that they’re going to enjoy watching play and develop’’ Southgate assured.

The former defender who made 57 appearances for England as a player, with his appointment, has become the fourth permanent manager of the national team.