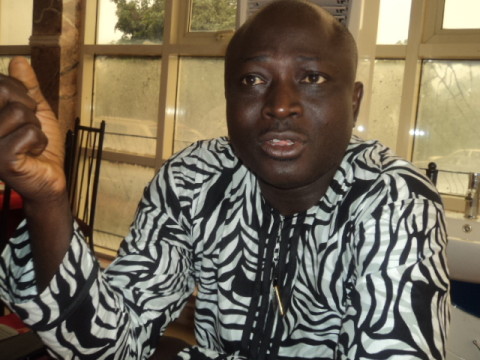 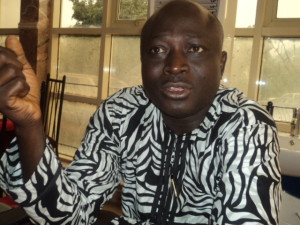 A former member of House of Rep. and former Speaker of Plateau State House of Assembly between 1999-2003, Hon. George Daika

A former member of the House of Representative and former Speaker of Plateau State House of Assembly between 1999-2003, Hon. George Daika, says the crisis rocking the People’s Democratic Party are surmountable and insisted that the group of seven anti-Tukur  Governors can’t remove the PDP National Chairman, Dr. Bamanga Tukur.

He disclosed this in a chat with journalists in Jos decrying that the current challenges bedeviling the PDP would soon be overcome.

According to him, “PDP is a party that we collective build and we need not to destroy it at this time, if they have problem with the National Chairman, they should resolve it and not to rubbish the party.

He maintained, “For them to be calling on Dr. Bamanga Tukur to resign, it means they are going contrary to the constitution of the party and the guidelines of the National convention.

Speaking on one of the conditions given by the group of seven Governors, that Governor Jonah Jang must step aside as the Chairman of Nigerian Governors Forum (NGF), Daika said, “Their allegations cannot hold water and some of the governors have personalize this issue of the governors forum, they should let the sleeping dog lay, it is not possible for them to achieve what they think.

Adding that, “Before the purported election, Governor Jang was unanimously endorsed by 19 Governors and it shows clearly that there has never been any election; they went there to fulfill the formalities through endorsement. But unfortunately there was betrayal here and there by some of the Governors and I think what they did was not to get at Governor Jang as a person but at President Goodluck Jonathan.

He further stated that, even though some of the Governors have ill feeling towards the Plateau State Governor. The former Lawmaker decried that, the issue has created a lot of problems and it’s telling on the entire nation not just Plateau or Rivers States.

Speaking on developmental strides in Plateau State since its creation, “Well, as far as I am concern, the Jang administration can only be compared with that of late J.D Gwamwalk and that of the pioneer National Chairman of PDP, Late Chief Solomon Lar who had the ample opportunity to develop the State as far back in 1979 adding that, “what Governor Jang is doing is trying to build on the legacy of late JD Gwamwalk and he has done extremely well, I compare him to none, he has done better than his predecessors.”