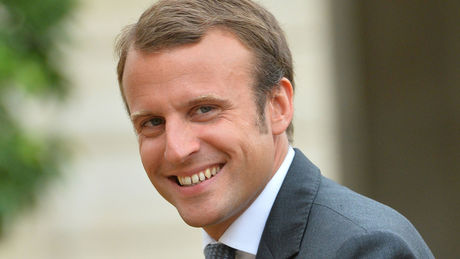 BALTIMORE, MD (AFRICAN EXAMINER) – The French Economy Minister Mr. Emmanuel Macron has resigned his appointment in preparation for his contest for the Presidency in the next year’s election.
The young former investment banker has been considered a controversial personality in the Socialist President Francois Hollande’s administration.

Marcon 38, has once questioned France’s 35-hour working week and subsequently blamed high unemployment as well as weak economic growth on lack of competitiveness.

Mr. Macron announced his decision in a message to his supporters and forwarded to the French Presidency.

Marcon was virtually a greenhorn in the French political circle, until he was picked in 2014 by President Hollande to join his government.

His first big task as the Economy Minister was to introduce reforms which included allowing shops to open often on Sundays. The policy sparked up protests in France.

The former Minister’s so-called “Macron Law” was forced by Prime Minister Manuel Valls through Parliament without a vote to prevent left-wing rebels opposing it.
Marcon is to be replaced by Michel Sapin.