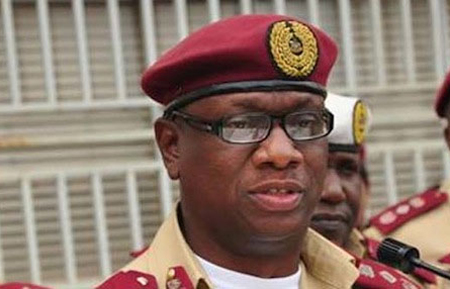 According to the FRSC’S Head of Media Relations and Strategy, Bisi Kazeem, the formal commissioning which will have President Muhammadu Buhari as Special Guest of Honor, is designed in partial fulfillment of the Corps’ drive to achieve the 2016 corporate strategic goals which seeks to reduce road traffic crashes by 15% and fatalities by 25%.

Speaking on the proposed formal launch of the patrol vehicles, the FRSC Corps Marshal Boboye Oyeyemi stated that the occasion “will symbolise the sustained intent of the Federal Government to raise the bar on road safety management and collective dedication to the task of exploring innovative and resourceful ways of funding the road safety intervention in the road sector” he said.

In the same vein, the Corps Marshal added “the patrol vehicles and ambulances will be distributed along major corridors as part of measures to enhance road safety management and increase safety enforcement strategies”.  He also said that “Our determination in this regard cannot and will not in the least be compromised because the lives of our citizens, using these roads is vital to our socio-economic renewal and indeed national transformation”.

He thanked President Muhammadu Buhari , GCFR, the Federal Executive Council for remaining steadfast in its declaration to ensure safer road use in the country through improved funding of road safety-related matters.